Tribuna
/
Arsenal
/
News
/
Arsenal's current XI vs the Invincibles: can Arteta's side put up a fight? 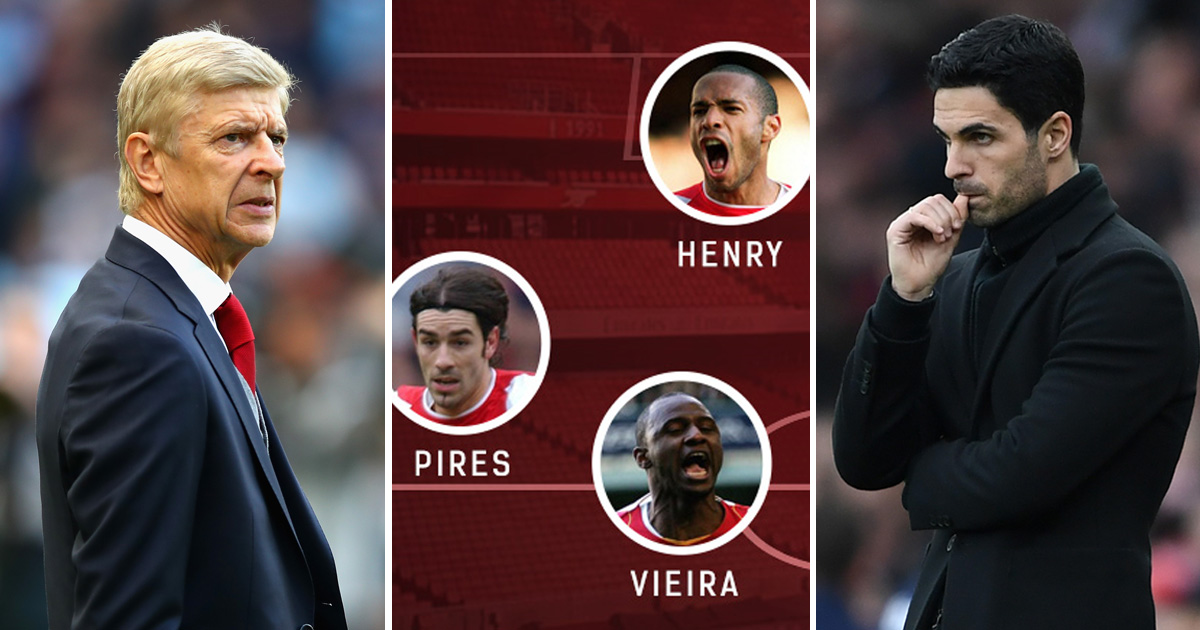 Arsenal's current XI vs the Invincibles: can Arteta's side put up a fight?

We look at Mikel Arteta's current crop vs Arsene Wenger's great team and try to see the light at the end of the tunnel.

Let's get this out of the way first: Arsene Wenger's class of 2003/04 was probably the greatest team in the history of the Premier League. United's treble-winning side and Pep's Centurions are the only real competition in terms of individual class here.

So we are not harbouring any illusions as to who would win if Henry and Co faced Aubameyang and Co with both teams in their prime. Still, there are several interesting points about that clash. We'll get to them soon but first - the line-ups.

We had to make several 'see-saw' decisions here. Pablo Mari came in for Shkodran Mustafi as we see long-term potential in the Brazilian and think he is likelier to stay longer. Kieran Tierney took over from Bukayo Saka - we don't want to traumatise the youngster by squaring him against Freddie Ljungberg.

Dani Ceballos is paired with Granit Xhaka as Mik Arteta favours both over Lucas Torreira. Although we do think it's a bit too open a midfield. Finally, Auba is out left again because, well, it's what Arteta usually does in his left-sided system.

I think we all know this team by heart, Ray Parlour and Edu played more than you probably remember but not enough to displace Ljungberg or Gilberto Silva.

As we said, let's just assume the Invincibles would run out comfortable winners. But we still wouldn't expect a thrashing and here's why.

Again, we don't fool ourselves that Arteta would be able to get anything out of the game, but a respectable defeat by two goals wouldn't be entirely off the table. We'll go for a 3-1 to Arsene Wenger's men here.

Agree with the above? Chip in with your thoughts below!

Haha what's this? It's disgraceful to even try and compare the Invincibles to these bunch. Lacazette up front? lol. Even Giroud was better and scored/ assisted more goals in his first 2 seasons. I don't have the disrespect for the Invincibles to mention any of them in this comment. We know everyone is bored at home, but you can't be doing this. Stop it!

Liverpool current team can nva and Eva stand d invincibles team... nd I bliv our current team vs Liverpool can nva b easy bt if we r on our peak... dey can't beat us... combination of both can nva match invincibles... d only person I feel can join d invincible is ozil... I will withdraw fredy .. while I go wt... 4-2-1-3 formation... ozil will kill DM wt passes