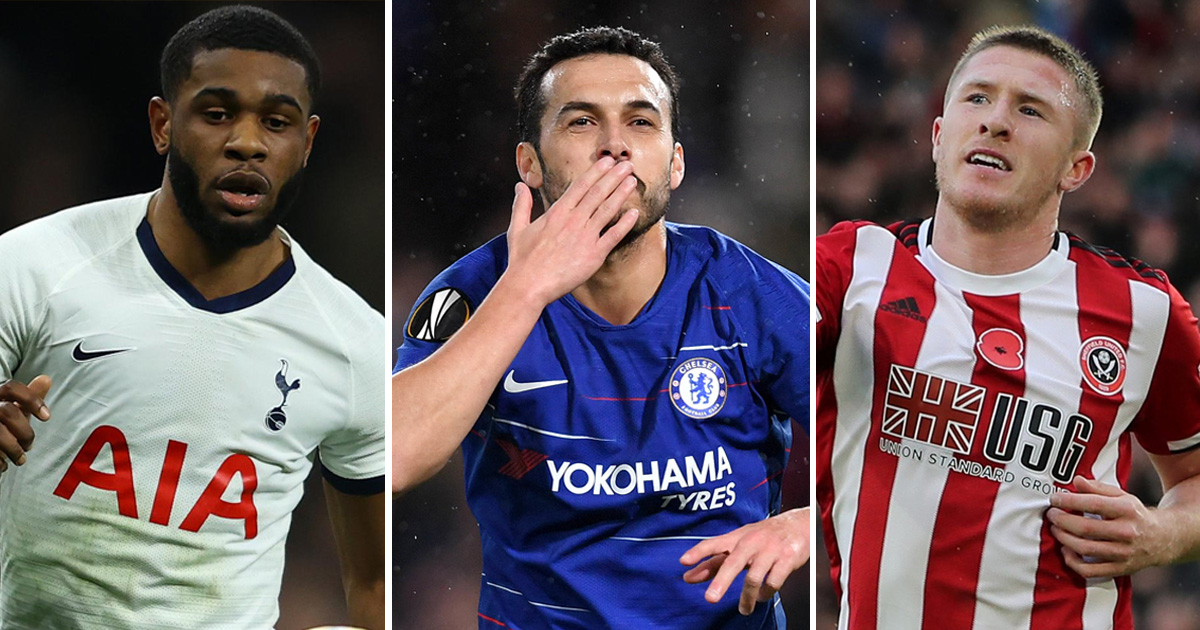 The Gunners could be strapped for cash this summer owing to coronavirus. We look at which players Arsenal can get for nothing during the next transfer window.

Everyone's talking about Willian but what about Chelsea's other right-winger, Pedro? His profile is stunningly similar to Willian: Pedro can play in all three positions under the striker, he is only a year older and he actually averages a goal every 281 minutes compared to Willian's 433 minutes.

Yes, we don't like Pedro, hands up. He is a cheat, he played for Barcelona (basically the same thing) and he is not exactly young. However, Willian is neither, yet the prospect of signing him excites fans while Pedro barely gets a mention.

If you play Fantasy Premier League you know who John Lundstram is: classified as a defender he actually plays under the striker which makes him an absolute bargain.

However, in simple football terms, Lundstram is a tenacious, no-nonsense, central midfielder in his prime. Aren't we lacking in the central midfield department? I mean, Willock isn't exactly convincing and we relied on him at times this season.

Lundstram can do a job in central midfield, in defensive midfield and even at centre-back. He is a threat in the box too. At 26 and on a free, we should be considering him.

'Who?': I hear you ask. Well, it's alright if you don't know him: no one did until he turned in a massive performance for Spurs against Man City in their 2-0 win. In short, Tanganga is a promising 21-year-old centre-back, who can fill in at BOTH right-back and left-back positions.

Recent reports suggested Mikel Arteta wanted to make the centre of his defence younger, so adding Tanganga to options already in place (Saliba and Mari) would certainly fit the trend.

And just imagine if he goes on to win the league. Preferably at Spurs' new home stadium. Sol Campbell all over again. Only Tanganga is much younger and can be successful for much longer.

Another Spurs centre-back, admittedly very good in his prime years in a pair with Toby Whatshissurname. Would also be quite funny to poach him from right under Mourinho's nose especially if he has a good stint at Arsenal.

However, his age (33) makes his an unlikely addition if Arteta indeed wishes to add young blood to the centre of his defence. Plus Vertonghen is even more repulsive than Pedro. Hence only an honourable mention and not a place on the list.

Do you agree Arsenal should consider signing one or all of the players above? Did we miss anyone you'd like to see in the Gunners' shirt? Let us know below or chip in via our blogging platform!

Partey for Laca, Jovic for Auba and 7 more potential swap deals Arsenal can strike based on recent rumours
8
9
3 months ago
Sanllehi reportedly tells Arsenal staff not to expect big-money signings in the summer
8
24
4 months ago

Lundstram will be a very good addition, I'll be surprised if Liverpool don't go for him to replace Milner. Arsenal should offer him a contract, he'll add the very much steel we need into our midfield.

Report today indicate kronke's is worth $8.1bn and he has made a personal gain of more than $320 from January 2020 till date.Added to this is the 12.5 salary reduction in wages,match day revenue just to mention a few.Please spare us with the excuses and let the owner spent to strengthen the team.Irrespective of the covid 19 pandemic he has made gains and should be spent on the team wisely rather than the freebies,loans and the no incoming of marquees signings.I detex this we supporters shouldn't fight these with kid gloves.