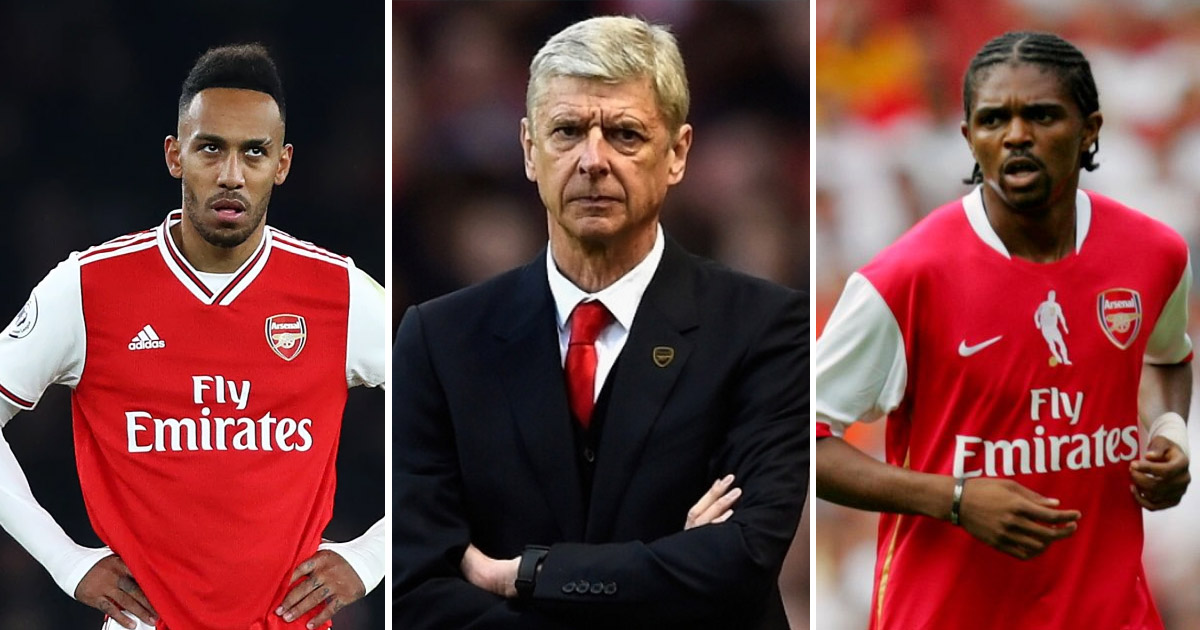 Wenger names Nwankwo Kanu as his best winter signing: here are his 5 other excellent January deals

The Frenchman famously hates the winter transfer window. However, his dislike for that particular period does not mean that his exceptional eye for the talent stops working in January. Here is a list of Arsenal's best winter signings during the Frenchman's era.

"Maybe (Nwankwo) Kanu," the ex-boss told beIN Sports. "In the middle of the season. That had a big impact and he was a huge player."

The Gunners landed the then-22-year-old from Internazionale and he spent four and a half amazing years at Highbury, making 197 appearances for the club and earning a place in our Ultimate Arsenal African XI.

Well, this one is pretty obvious, right? Signed from Borussia Dortmund on a deadline day for the then-club record fee of £56m, Auba has become Arsenal's most prolific goalscorer straight after his arrival at the Emirates in January 2018.

The 30-year-old is our best player: he is the one who single-handedly brought us points when we were struggling under Unai Emery earlier this season.

While his contract situation and potential exit are causing a lot of stress for fans and headache for the boardroom, it is pretty obvious that the Gabonese will be fondly remembered by Arsenal fans for many years to come.

On the way to greatness:

The Gunners signed the winger in January 2004 during our Invincible season.

The Spaniard was an important figure in Arsenal's run for the Champions League final in the 2005-06 campaign. His explosiveness perfectly embodied Arsene Wenger's style of play.

Reyes went on to make more than 100 appearances for the Gunners. He was killed in a car crash in June last year with Arsenal and all football community mourning his untimely death.

The early-blossoming winger spent many years at Arsenal, making almost 400 appearances and scoring more than 100 goals. The Gunners signed him as a 17-year-old in January 2006 when he was one of the most sought-after prospects in England.

Now at Everton, Theo remains an example of a player with huge but unfulfilled potential but many Gooners have a soft spot for the Englishman who conquered everyone with his blistering pace.

Signed in a dramatic fashion in the dying minutes of the transfer deadline day in February 2009, the mercurial attacker proved worthy of his £15m transfer fee which used to be the record sum paid by Arsenal.

Fans still cherish his four goals against Liverpool at Anfield and that goal that gave us hope against Barcelona in 2011. While by the end of his spell at the Emirates, the Russian was often criticised for his poor work rate, his spectacular tricks with the ball earn him a place in our list.

Arshavin looks back on his Arsenal career:

Yet another player who joined the Gunners on a deadline-day in January, the full-back was a reliable defender. The Spaniard went on to play 251 games for the club in the space of five and a half years.

Nacho left Arsenal in August last year, returning to Spain. He now plays for Real Sociedad but his presence was missed earlier this season when Arsenal had a huge injury crisis in the left-back position.

Do you agree with our picks? Which player would you add to this list? Tell us in the comments or use our blogging platform!

Cazorla and Ramsey in, Ozil? What Arsenal's Emirates era best XI would look like
17
10
2 months ago
Lessons from Wenger: Henry, Vieira & 3 other ex-Gunners explain how Arsene shaped their coaching skills
9
0
1 month ago

I just traveled than the memory lane with you. thanks for this reminder

elneny was also a winter signing