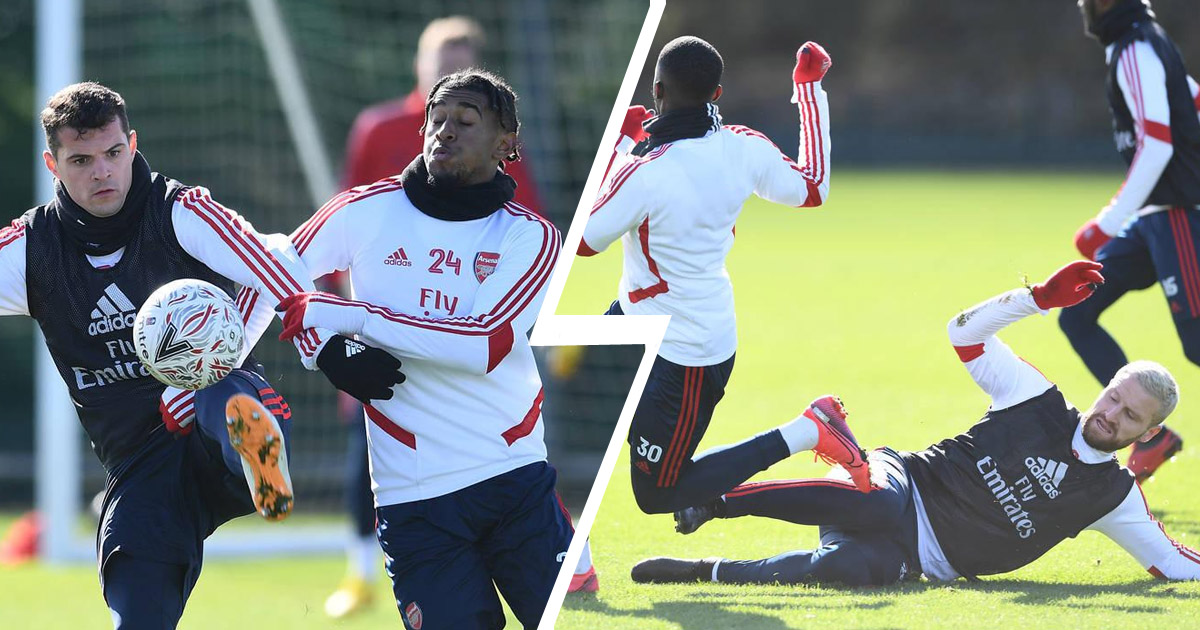 The Premier League stars are expected to return to group training next week ahead of a potential resumption of the campaign in June. However, players will be subjected to strict testing and even firmer social distancing rules if the 'Project Restart' is to proceed.

That's according to the Mirror, who claim that tackling and contact will be banned for the first phase of team training. It is reported that special care will also be taken to disinfect the playing surface and all equipment so as to reduce the risk of infection.

The Professional Footballers' Association will meet with the players and the government staff on Wednesday to hold extensive talks over safety measures. PFS chief executive Gordon Taylor is hopeful that a potential restart won't be beyond the realms of possibility if the players are 'open-minded'.

"If you're asking me, with the type of guarantees or assurances that would give confidence to the players, then (returning is) achievable," he told Mirror Sport.

"We've got to try it, see it if we can do it and see if we can return to some form of activity. But it's also being as careful and having as many assurances as possible that it's achievable.

"We have to be open-minded. There's a balance between what you hope can be done and what is realistic to achieve."

It was reported earlier in the week that the UK government have eased lockdown measures and also granted the Premier League the permission to prepare for a return, subject to the condition that there is no fresh spike in Covid-19 cases across the nation in the coming weeks.

However, the FA still has several challenges to overcome, besides the reported opposition from Arsenal and many other clubs regarding playing out the remainder of the fixtures at neutral venues.

The Mirror reports that all 20 clubs have been sent a 40-page document outlining the social distancing protocols and safety measures ahead of a potential return to group training while the players have also been sent a condensed 8-page document relaying the same.

It has been claimed that any player who tests positive for the virus, with or without symptoms, will be sent to self-isolate for seven days and they won't be allowed to gather in communal areas when granted permission to return back to training,

Safety measures also include the medical staff and the physios wearing PPE while treating the players while data will be kept on record and sent to the Premier League authorities.

Does it sound bizarre that players will not be allowed to tackle during training, considering that football has always been a contact sport? Share your thoughts in comments or join our brand-new blogging platform!

All these protocols show the EPL isn't ready to restart. Halt it.

It's becoming a farce now. Every man and his dog knows that all the FA are worried about is money. They won't want to have to refund any money back to the TV companies and sponsors. Its a case of fuck you lot as long as we are OK. The idiots will probably stop tackling during a game. Good game at Tottenham today it ended spurs 55 Arsenal 55