Tribuna
/
Arsenal
/
News
/
'I feel like I’m watching a training session': Cesc Fabregas claims it will take ages to get used to new world of football 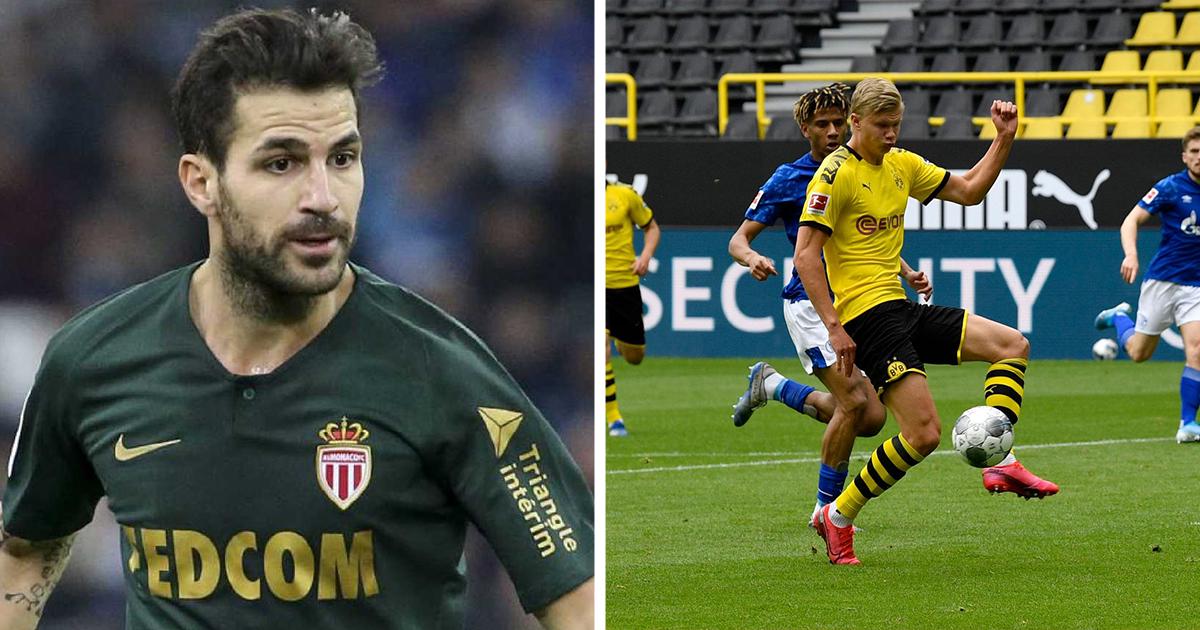 'I feel like I’m watching a training session': Cesc Fabregas claims it will take ages to get used to new world of football

As the Bundesliga have returned to action, former Arsenal midfielder Cesc Fabregas has shared feelings over watching a game of football with all new changes implemented.

"I feel like I’m watching a training session," the Spaniard tweeted. "You can hear all players and coaches shouting. Now we will value the power of the fans even more.

"Captains choosing pitch sides with 3 meters distance when straight away they have to fight for every ball against each other face to face...

"Glad football is back, we all needed it but it will take ages to get used to this new world of football."

Football in Germany made its official return on Saturday following the various postponements and cancellations due to the Covid-19 pandemic.

The 2019/20 Bundesliga campaign got back underway with a derby between Borussia Dortmund vs Schalke 04 and 4 more games behind closed doors at the eerily quiet Signal Iduna Park.

Erling Haaland scored the first goal of the new era. The Norwegian now has been directly involved in 12 goals in 9 Bundesliga outings.

Raphael Guerreiro (x2) and Thorgan Hazard got on the scoresheet as well as Lucien Favre's demolished their local rivals 4-0 in the Revierderby.

Meanwhile, the UK government has officially given a green light to professional football in England to restart on June 12.

The Premier League managers have recently asked for an extra week of training which means football is now likely to return to action on June 19.

The remaining games of the 2019/20 campaign will be played behind closed doors although it remains to be seen whether neutral grounds will be used.

What do you think about football games without fans? Do you agree with Cesc? Could it work in the Premier League? Share your answers in the comments or using our new blogging platform!

Goals galore, worst celebration in history and eerily quiet arenas: top-tier football is back as Bundesliga returns
10
4
10 days ago
Cesc Fabregas: 'I will never deny that I will always be an Arsenal man in my heart'
26
7
12 days ago

Even with what Fabregas says, MY OPINION IS I DONT SEE WHY WE CAN NOT HALF FILLED STADIUMS WITH STRICT POLICING.