Tribuna
/
Arsenal
/
News
/
'I was at his home': Wenger rues missed opportunity to sign Mbappe 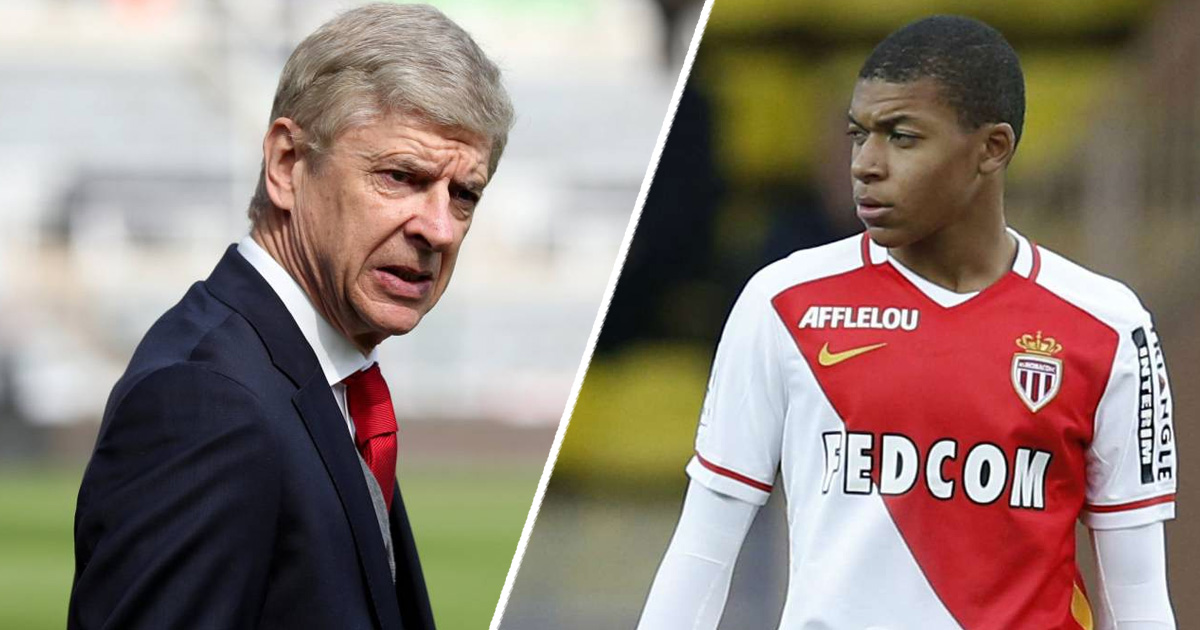 'I was at his home': Wenger rues missed opportunity to sign Mbappe

Arsene Wenger featured prominently in transfer negotiations while at Arsenal's helm - and points to the failed attempt to sign Kylian Mbappe as his freshest regret.

"I could you give 20 transfers I wish I completed at Arsenal! The last one is Mbappe. The player would tell you I was at his home at the end of his contract but Monaco managed to keep him. It was a decision that was very very tight but I could understand it. He was educated there and in the end, he decided to sign and stay there.

"His numbers are absolutely unbelievable. He has that charisma and looks to be natural at the level that he plays. He doesn't look to be fazed by the occasion.

"Overall there are so many that I would have loved to complete and I couldn't for different reasons: Ibrahimovic, Cristiano Ronaldo... Sometimes it happens because at the last minute something gets in-between and that's part of the game. I think every club is full of transfers they couldn't complete."

It would have been simply beautiful if Arsenal managed to sign Mbappe because there are so many comparisons to be made with Thierry Henry here. But that's life, we can't really complain as we got Aubameyang instead, another lethal finisher in his prime.

There's a lesson there for our future signings. Dont let anything get in the way. You have to be ruthless and act fast be positive. If you see a player and he ain't happy with the move. Move on to a player who is . You can miss so many good signings pondering over player's that aint interested. Take Not Board.

U r too diplomatic n soft in your approach... Hv u done what u dreamt... u would hv been given the title of GOAT not messi n the queen will crown u Sir Wenger