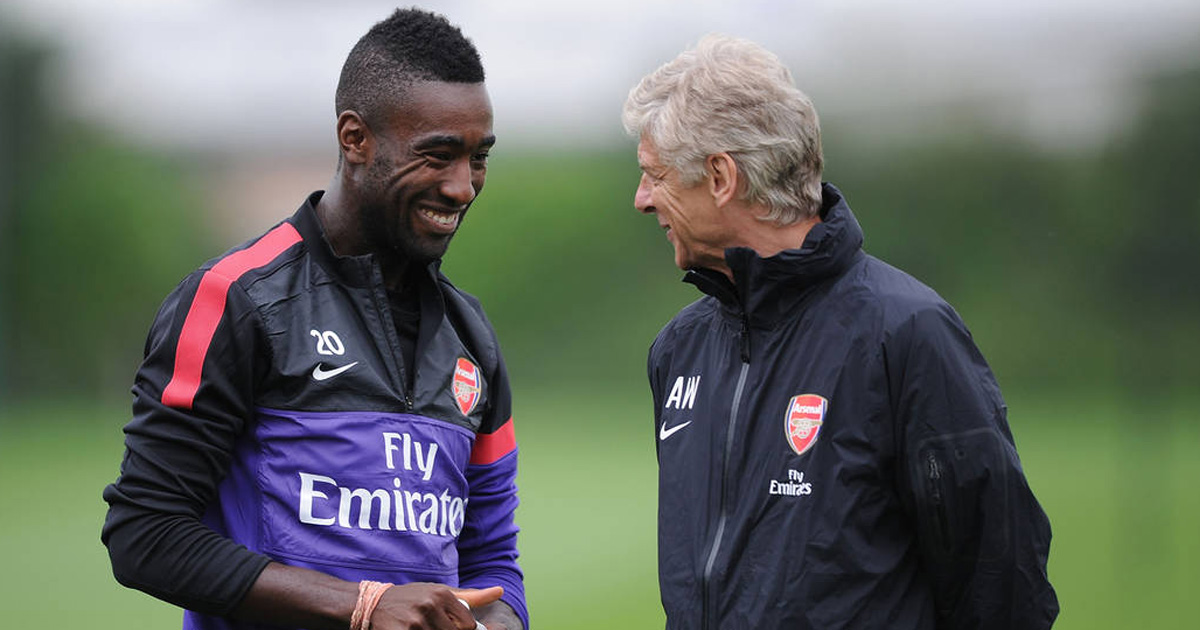 "He was always positive with me. Sometimes he would say: 'The situation might not be fair because you're in great shape and you're playing well but your time will come. You have to be patient because you're a bit younger,' former Arsenal man Johan Djourou told 'Arsenal: In Lockdown' podcast about Arsene Wenger.

"I remember the time he took me aside before a meeting with the team and he said to me, 'I know you're ready, I see it, I cannot hide it anymore, you will play, not tomorrow but you will play.' All of the time he was very positive and very encouraging about the stuff that I was doing.

"There is one thing as well when the coach has an idea of his defence, he has to go with it. You don't want to change it, you would like to have the defence together as much as possible. He told me that very honestly but he told me again, 'You deserve to play' so it was a very honest relationship."

Djourou made 180 appearances for Arsenal in 11 seasons with the club, only hitting the 10+ mark in a single season on 5 occasions. It's fair to say the Swiss, along with most of the squad at the time, will be associated with the banter era more than anything else.

We are not surprised to hear about Wenger's man-management skills. Just recently Martin Keown, Lukas Podolski and Denilson all stressed how good Arsene has been in purely human terms. Kudos to the Frenchman for his approach to footballers not only as 'robotic athletes'.

'I have to make it hard for them if I'm to stand a chance': former Gunner Djourou reveals what it was like being up against Henry and Bergkamp
10
0
8 days ago
Podolski: 'Arsene Wenger was a great manager. He never yelled'
19
3
2 months ago