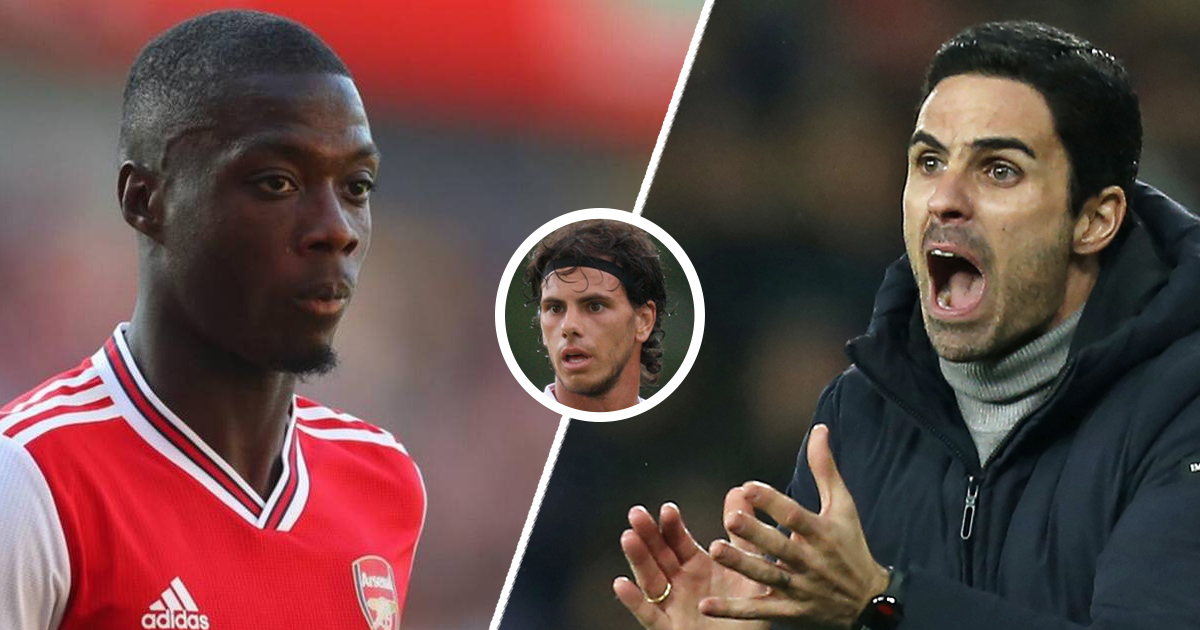 Jeremie Aliadiere has criticised Nicolas Pepe for lack of concentration and poor decision-making. He believes Arsenal overpaid by lashing out £72m last summer for the Ivorian. However, the ex-striker hopes that Mikel Arteta will help Pepe to root out his weaknesses.

"I think Mikel could be the perfect match for Nico because he will not let him get away with things," the ex-Gunner told Goal. "As a player, Mikel was all about quality and simplicity. You can’t miss a simple pass if you are five yards away because that costs goals and points.

"When we go on a counterattack, with the speed and pace we’ve got, we should be scoring many more goals. But if the final pass is not spot on, then you waste chances. That’s where I just feel Pepe’s been a bit lacking and maybe that is me being a bit picky because of the price tag.

"And that’s really what I’ve been saying, it’s more about the price. If we’d spent £35m on him, you'd say 'great signing'. But when you think we have paid twice as much, you think, 'He needs to do more.'

"We don’t have the resources of Manchester City or Paris Saint-Germain, so when we spend big money, we need to make sure we spend it on the right players.

"You can see he has unbelievable potential, talent and quality. Technically, he can do incredible stuff, but the simple things, sometimes he doesn’t do them spot on. That’s why I feel maybe we shouldn’t have spent that much on him."

Moreover, his early struggles may also be attributed to a certain degree to Unai Emery's issues at the helm - the team as a collective unit looked awful, which couldn't but affect Pepe's performances.

Surely, in today's market, which was hit by the coronavirus outbreak, no one would probably pay £72m for the Ivorian. But if he puts in a superb season or two, his transfer price may skyrocket again. So, all the talks about Pepe's fair price are rather premature.

Hopefully, Arteta will find the key to unlock the 24-year-old's potential.

Ex-Arsenal player Robson: 'Pepe is a flop at the moment but he can get better next year under Arteta'
9
4
1 month ago
6 reasons why it might be worth trying Nicolas Pepe at CF a-la Thierry Henry
14
8
1 month ago

Pepe strikes me as a player who wants to finish his move on goal always with an Extravagant finish, instead of just putting the ball in the 🥅 simply. BIT OF A SHOWMAN, hence is failure to score more, He might even benifit by switching wing more.