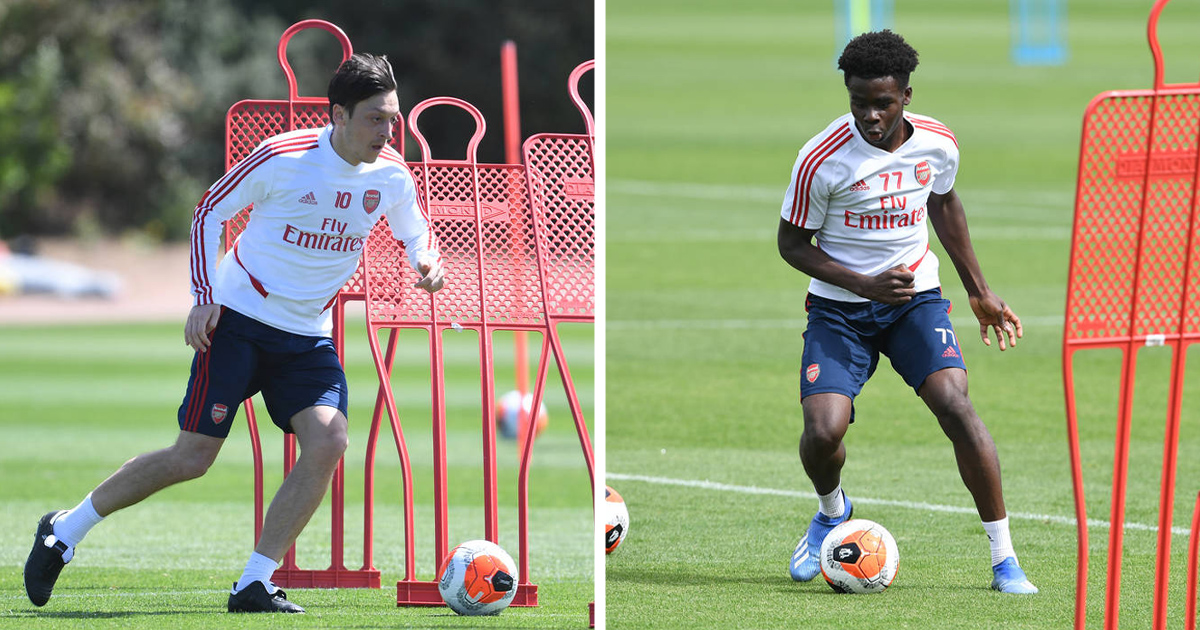 The Gunners have been training at London Colney since Wednesday.

1. Mustafi trolls teammates over putting on some weight in lockdown

Shkodran spent some part of the training session with the ball under his shirt. The gesture is usually used in games to celebrate the birth of a child. However, it seems Mustafi's aim was different - he must have hinted that some players put on some pounds sitting at home isolated and that it's time to get back to full fitness.

The boss must be thinking about the season final part. Arsenal are still in the race for a Champions League spot and it looks like Arteta is carrying lots of ideas of how to stun opponents and secure the desired place among the European elite.

The Ivorian keeps getting criticised even though football has been on halt since March. The forward could be a crucial player for Arsenal in the remaining games and knowing that he worked carefully on his finishing touch.

4. Lacazette has a point to prove to the club.

The striker was all smiles in training despite the latest balloon scandal. Whether nitrous oxide is still affecting him or the Frenchman is indeed happy to return to work, his critics and haters will be following him closely after the season resumes. The 28-year-old will have to respond on the pitch to prove he's focused on football more than on off-pitch entertainment.

On Monday, the Premier League clubs unanimously voted for a return to group training with certain restrictions. The Gunners were strictly adhering to all the protocols over the last few days at Colney to minimize the risk of getting infected with coronavirus for the players.

6. Mari and Soares hope to impress the club's bosses

While the Spaniard has played 2 games, the Portuguese is yet to feature for Arsenal with both on-loan defenders' futures being up in the air. The duo will have to show their best in the remaining games to increase their chances for long-term stays. Hard work in training should help them win starting spots in the coming games.

Which Gunner(s) do you think will benefit the most from the coronavirus break? Tell us in the comments or via our brand-new blogging platform!

The injured players, quick recovery as they have had time to rest and injury to heal🔴

Probally laca, Lets hope the Balloon gas wakes him up, instead of sleeping. OVER ALL IT SHOULD BENIFIT OUR INJURED PLAYERS and those who have returned to gather more strength and Mementium.

Is good to see them back