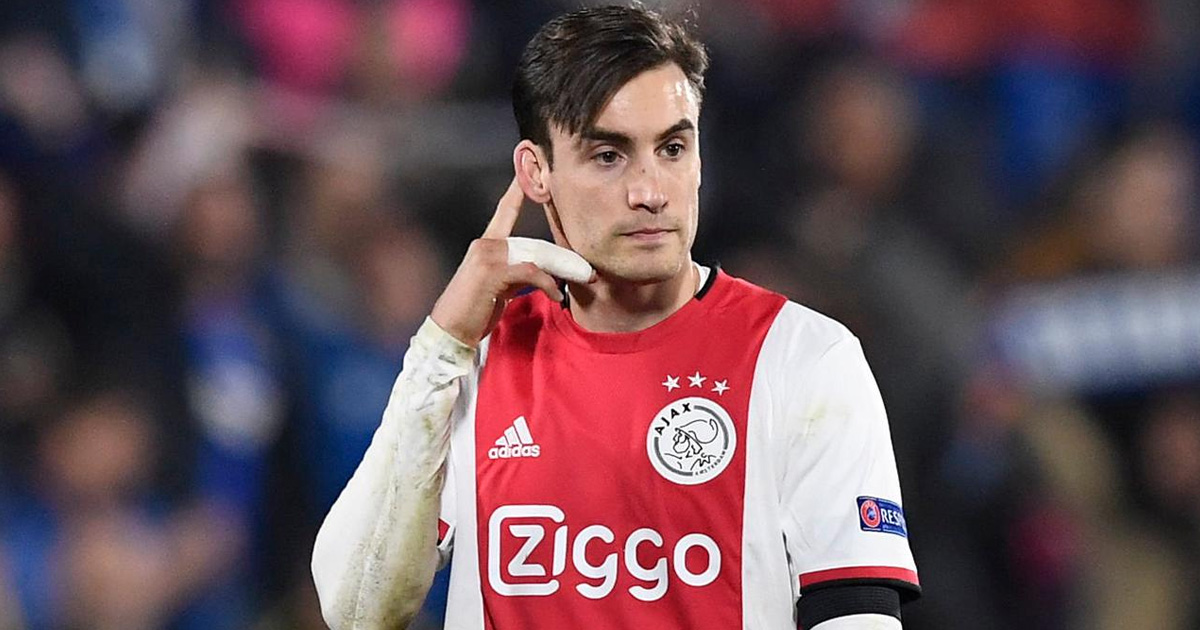 It's another left-back rumour and we are still baffled by it: this time the Sun claim Arsenal will try to sign Ajax's defender Nicolas Tagliafico.

The Dutch side are prepared to let the 27-year-old go if a decent offer for him comes in. Tagliafico has drawn attention from clubs across Europe since making the switch to Ajax in 2018, scoring 6 goals in 68 games.

The report goes on to claim this will be done with a view to allowing Bukayo Saka freedom to play in his natural position on the left wing although we can't find anything recent from Mikel Arteta on the subject of moving Saka further forward.

While Tagliafico is a fone defender who played a prominent part in Ajax's run to the Champions League's semi-final last season, we are not sure just why the Gunners might need another left-back. We already have Kieran Tierney and Sead Kolasinac in that position as well as Bukayo Saka - who has excelled there.

Yet France Football claim we have secured Layvin Kurzawa on a five-year deal from next season and there were reports the Gunners are keen on Sergio Reguilon, Real Madrid's left-back on loan at Sevilla. This is surprising but perhaps, given the persistent rumours, there's a method to the madness after all.

Would you welcome Tagliafico's signing? Is he someone we need? Let us know in the comments or else chip in our new blogging platform!

Transfer issue in Arsenal is always s farce. They are all unreliable. But there is no sense in looking for a left back with what we have in stock. There are other areas of need. I take it just as a rumour.

How many left backs do we need? we already have plenty of left backs.