Tribuna
/
Arsenal
/
News
/
'Wenger complained about the grass being too long ... that was music to our ears': former Stoke manager Tony Pulis on rivalry with Arsenal 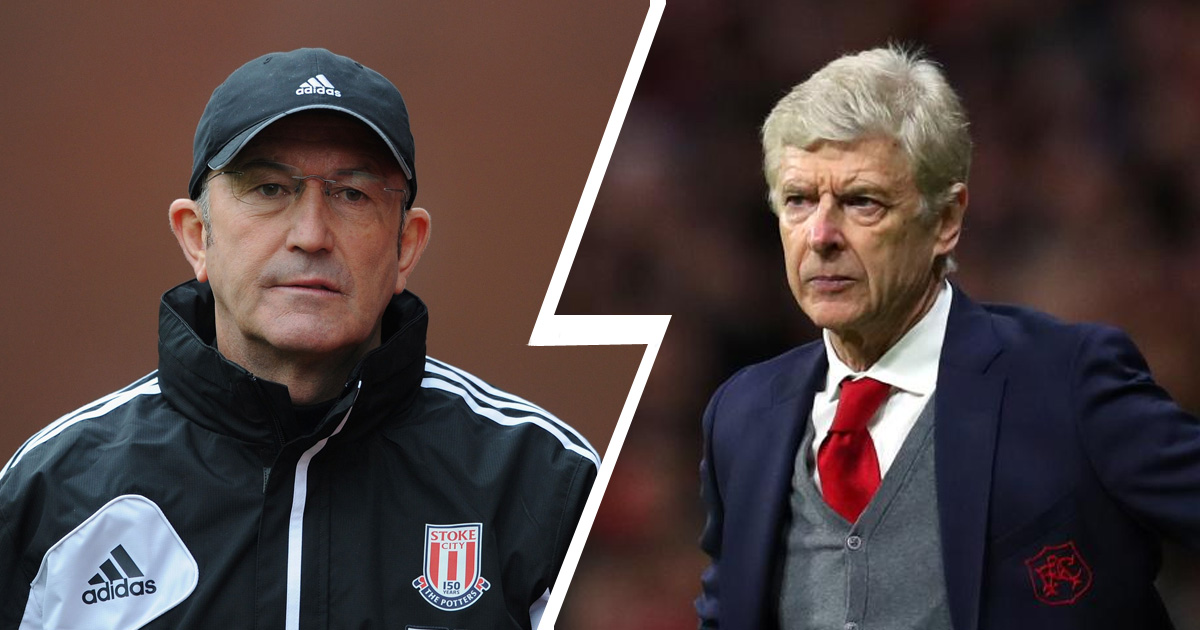 'Wenger complained about the grass being too long ... that was music to our ears': former Stoke manager Tony Pulis on rivalry with Arsenal

"I always want angles to get players motivated, to put fire into their bellies and something for the supporters to feed off," ex-Stoke manager Tony Pulis told BBC.

"When Wenger first said it, called us a rugby team, it was the third time on the bounce we had beaten them at home. He was avoiding the question of how could a team with much less talent than Arsenal, who don't spend anywhere near as much as Arsenal, who haven't got the facilities and capabilities of Arsenal, keep beating Arsenal.

"Wenger came one year and complained about the grass being too long. He wrote a letter to the FA. The referees and the linesmen had to come and measure the grass. I know he talked about banning throw-ins and saying they shouldn't be allowed. That was all music to our ears."

If you didn't catch Stoke City 'gracing' the Premier League then the current Burnley side would give you a rough idea about the style of play, methods, fans and the manager that were associated with the Potters.

Stoke kept the grass long and dry to prevent passing moves coming off, their fans were every bit as moronic and abusive as Burnley's (who else would mock an opposition's player for having his leg broken by their very own captain?) and Tony Pulis was a jumped-up nobody 'feeding off' all that crap.

So, you know, we won't bash Wenger for being a little petty and trying to do something about that lot. Screw them, really. Felt wonderful when Stoke finally dropped to the Championship. They are just 3 points above relegation there too, currently, so fingers crossed League One football is in order next season.

Scrapping January window, licensing agents & limiting salaries: Wenger proposes radical changes in wake of coronavirus crisis
12
4
10 days ago
'The difference is not like it was in the 50s': Wenger backs the idea of cancelling the away goal rule ... again
10
5
8 days ago

HAVE YOU CUT🚜 IT YET