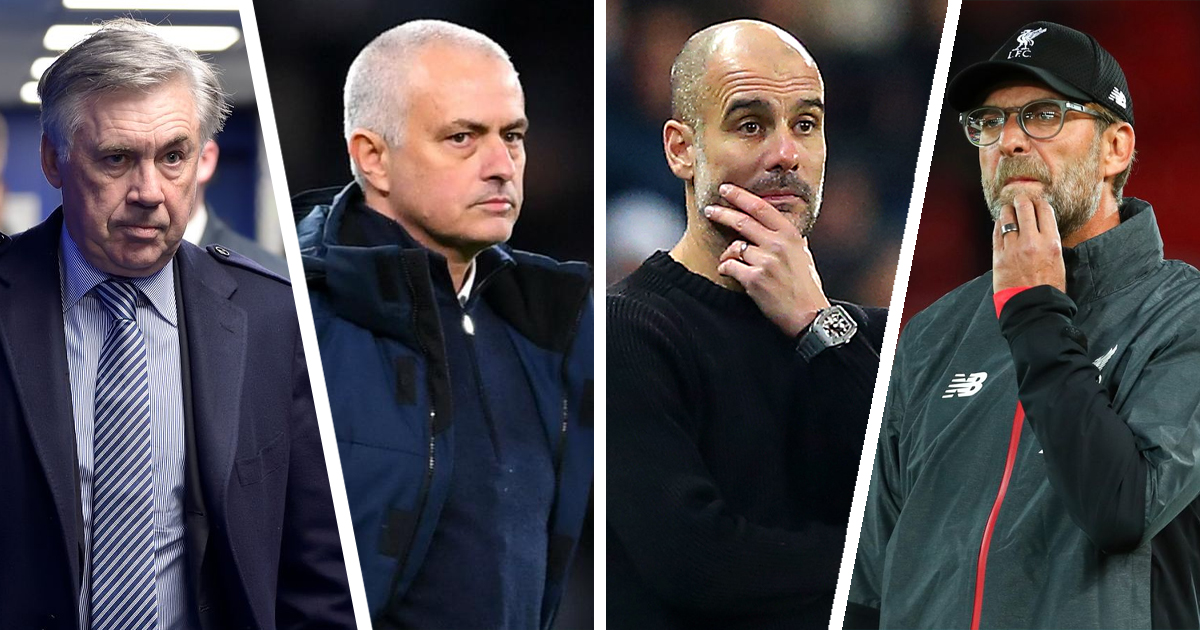 Ranking every Premier League manager's IQ based on coaching performance

Mikel Arteta may be just starting but he's already far from the bottom. Tribuna.com guides you through the world of tactical decisions and communication skills explained in simple terms.

Intellect is not the quality usually attributed to managers: most of them don't have university degrees, as they come up through the playing ranks. But we can still rank them by their IQ based on their respective careers, on their tactical wisdom, scouting approach, innovations etc.

Steve Bruce has been in English football for ages, and he's always been a people's person. He is a good guy obviously, his leadership skills and work ethic are undeniable, but all you can say about his teams is that 'they tried as hard as they could'. After more than 20 years in management, it seems that he knows only the old boot room ways.

Nigel Pearson surely should be getting the applauses he deserves for setting up the foundations for Leicester's title-winning season. But there is an explanation why his career was hanging by a threat before getting a job at Watford: througout his career he repeatedly failed at getting along with media and club's executives, and his views on the game seem outdated.

Dean Smith deserves huge credit for taking his boyhood club back to the Premier League, but he failed to get things right when the board decided to go 'the Fulham way'. Though Villa has spent over £140 million on transfer fees since summer 2019, they are in huge danger of an immediate relegation back to the Championship.

Norwich almost certainly won't avoid relegation this season, but fair play to Daniel Farke, who made the Canaries play attractive football and helped some exiting talents like Todd Cantwell and Max Aarons prosper.

The German outsmarted Pep Guardiola in September with a 3-2 league win over Premier League champions, but he is yet to prove that he can be successful at this level.

The 'Alpine Klopp' is trying hard to make a quiet revolution at Southampton imposing his intensive pressing style. He looks smart talking about the 'physosophy' and 'projects', and, to his credit, he was relatively successful in Germany.

But his ability to organise teams in defence remains in question. He had to know that his favourite pressing against Leicester in January was suicidal - that 9-0 defeat was humiliating.

Eddie Howe has quickly become a popular figure among young English managers. He was smart enough to get Bournemouth to the Premier League with a positive style of play and tiny budget, but his transfer work is, to say the least, questionable, and it seems now, that he is running out of ideas.

Solskjaer has a very influential backup in the media, but it is still not completely clear, whether he is sharp enough to manage in the Premier League, let alone at Manchester United. The club's recent signings look promising, but Ole has to get the team into the top four - it is as simple as that. And it will tell the fans much more about him than his six years at Molde.

After Wolves' recent rise, Nuno Espirito Santo's stakes are quite high now, but the question remains the same: is he responsible for that or Jorge Mendes? He is definitely bright enough to pal up with such a powerful person though.

With Dyche's 'un-Spanish' style of management and limited budget, Burnley managed to take hold in the Premier League, and the rest of the league is figuring out how to set up against them now.

Sean Dyche may not be the most tactically flexible manager in this list, but he clearly knows his job. He won promotition to the Premier League twice with Burnley and altered the general perception of the club: they are a decent mid-table team now, and Turf Moor is a fortress.

It is hard to imagine that, after his spell at Manchester United, he'll get a job at a top club, but he is still the manager that many Premier League teams would consider hiring, if he is available. Even after his failure to save Sunderland from relegation in 2017, two invitations from ambitious West Ham owners prove that David Moyes' experience and skill set are still needed in the biggest league in the world.

The work he did at Everton - inherited a club in freefall and made them contenders for Champions League places - was praised not only in Parliament, but also by giants like Sir Alex Ferguson and Arsene Wenger. If the Ferguson's chosen one doesn't deserve credit, than who does?

Though the Spaniard has just 15 games under his belt as a manager, his potential seems to have no limits. After actively assisting Arsene Wenger in training sessions in his final year at Arsenal, Arteta spent three years at Man City as Pep Guardiola's No 2, so his lack of experience should not be a concern.

Mikel was a smart midfielder, he knows the game well, and his early steps in management say that he is only improving tactically-wise. Moreover, it is already clear that he can handle the dressing room well and be respected among the players - he built strong relationship with the first team at City, and the way he persuaded Granit Xhaka to stay at Arsenal was impressive as well.

Chris Wilder is still a relatively unknown figure outside the British Isles, but his journey from non-league to Premier League is reasonably making headlines in England.

Though he looks like a follower of route one football, an old school type of a manager, he is obviously a tactically innovative coach, who brough overlapping centre-backs in the Premier League. His tactical awareness and data-driven approach to transfers helped him win promotion four times in four English leagues. Being above Arsenal and Spurs in the Premier League with Sheffild United tells something as well.

The Chelsea legend was considered one of the most intelligent men in the game during his playing career - and not only for his late runs into the penalty area, which established himself as a prolific goalscorer and one of the greatest midfielders of his generation.

Lamps, who is just starting his coaching career, took an intelligence test in 2009, and, according to the Chelsea club doctor, scored 'well above 150' - just short of Albert Einstein's rating of 160 and well above the average Briton's score of 100.

That famous slip in 2014 was a major setback for Rodgers, as his career at Liverpool could have lasted much longer with that long awaited Premier League title. He had to make the step back and go to Celtic to reintroduce himself and earn a chance to return to an ambitious Premier League club.

He has since taken Leicester back toward the top of the table, and the Foxes seem to be not a one-season wonder this time - they look more likely to stay there. This season's success is a clear sign of Rodgers' ability to create teams with expansive and attacking style in a short period of time. The players buy into his ideas easily, and you need to be smart to get them on your side almost without any professional career behind your back.

The career of the oldest person to manage in the Premier League was a bit marred by his stints in Italy and at Blackburn in late 90s, he failed at Liverpool, but his experience and knowledge of the game are huge.

Roy's facial expressions and body language on the touchline sometimes look comical, but the job he has done in Sweden, Switzerland and Finland makes it clear that he is an astute professional with great ability to adapt.

Moreover, he is still going strong at Crystal Palace: in his first season at Selhurst Park, the team survived relegation after losing their first 7 games, his second season the team finished with the record number of points, and they are set to improve their best ever total this season.

With less than a year of Premier League coaching experience, Graham Potter still has to be among the brainiest bosses in the list, as he is the only one who has a master's degree in leadership, personal and professional development.

Potter represents a new generation of innovative coaches with progressive ideas: he is tactically flexible (last season, he used 10 different formations at Swansea), he improves his players both on and off the pitch, and his possesion-based football looks attractive even though Brighton have not the best squad in the league.

Jurgen Klopp is probably the best out there in making the perfect mix of tactical and emotional sides of the game. He is widely known both as a huge motivator and a tactical geek, who follows Arrigo Sacchi's ideas.

His counter-pressing system, which was adopted from the great Italian, not only brings success to Liverpool but also looks like a breath of fresh air that European football needed after the dominance of tiki-taka.

All the admirers of Andrea Pirlo, please stand up and say your words of gratitude to Carlo Ancelotti. Carletto's decision to convert the attacking midfielder to a deep-lying playmaker completely changed Pirlo's career and helped him become one of the finest footballers in the world.

The Pirlo's Godfather doesn't care much about his own identity, but his belief in players brought him titles in all the European top championships and helped him become one of only three managers to have won the Champions League three times.

Ancelotti is always ready to adjust his own views, depending on the players available in the squad or what the club's officials want. Being willing to listen to players, leading and protecting them, he earned a nickname "the diva whisperer". He is so upright in man-management, that he easily tamed Zlatan Ibrahimovic, who calls the Italian "the best coach ever."

Jose is not the most innovative tactician, but he is a leader, a winner, and a motivator with brillian man-management skills. Being absolutely great in mind games, he always looks smarter than his opponent off the field. And on the field, he always knows how to make his rival suffer.

Starting as sir Bobby Robson's translator without a successful playing career, you need to be brainy to become a figure he is now.

In Barcelona, Pep had Lionel Messi and the best midfield in the world. At Bayern, it was an easy task, because... well, they just won the treble. So there were some doubts: can he impose his vision and ideas on the Premier League? Can his team be successful on a cold rainy night in Stoke?

After winning two Premier League titles with record-breaking 100 points and arguably the best football the country has seen in the modern era, there could be no question marks over his intelligence and managerial abilities. He knows the game inside out, and his dominance in Europe's biggest leagues speaks for itself.

Pep was the one who reinvented Total Football with tiki-taka, making Barcelona a dominant force at club level for years and helping Spain to become unrivaled on the international stage.

What is this rubbish

JK can't be placed below any manager in EPL, coz he is far beyond reach to all other manager. JK🤠🇩🇪_Is_Da_Best