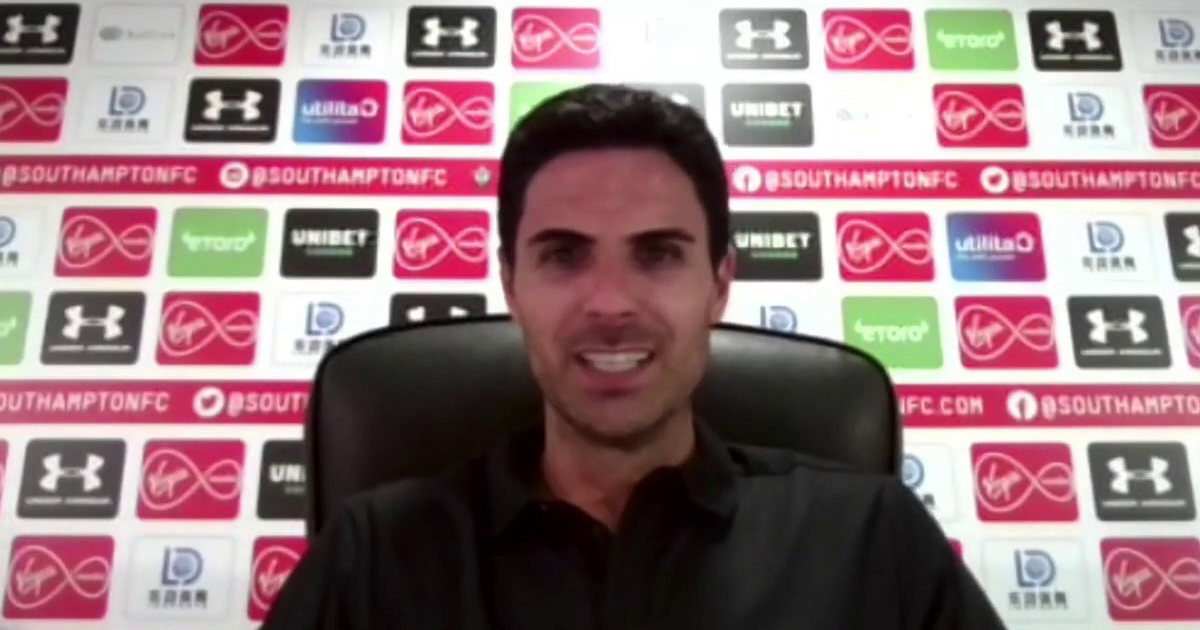 At the post-match press conference, the boss was asked to explain his choice of a 3-man defence instead of a usual 4-2-3-1 formation.

"We will change the game plan in relation to what we want to generate attacking-wise and as well how we can constrain the opponent and how we can better control their strengths," Mikel Arteta replied as quoted by Arsenal's official website.

"As well, with the players we had available it was the best fit for everybody to play in their position and be more comfortable, more secure about their jobs.

"We don't have the flexibility that I would like right now to change more things, but it's part of the process."

Arsenal have racked up their third victory on the road this season - all under 3 different managers. The first one was achieved in the first game of the season against Newcastle [1-0] when Unai Emery was at the helm.

The Gunners earned a hard-fought 3 points at West Ham [3-1] in February under Freddie Ljungberg and finally have just beaten Southampton.

This win lifts us to ninth with 7 more games left to play.

'My job is to make them as good as possible': Arteta responds to Neville's claims on Arsenal's defence
10
4
10 days ago
'They do not have a centre-back of prominence': Charlie Nicholas believes it's time for defence overhaul
12
2
12 days ago

I know my beloved coach that we don't have the flexibility. please just keep grinding the results, next season we will be far better with you in charge.

You better warn your beloved coach as you rightly said, his substitution is always abysmal. He did it againt Brighton, same against Southampton, where on Earth will a manager substitute a threatening Winger & replace him with a lazy player like willock who's not willing to give their 💯% for the club. Can't they learn their lesson from a 18years old Bukayo Saka who is always thriving at any given position. Finally, tell your beloved coach to always read the game very well before substitution.

Superstar, but the abymal willock scored the second goal

Agada Rowland
9 days ago
•••
Reply to a comment by Superstar

Superstar,... shut ur damn mouth up..what do u knw about coaching...fake ass fan!!

Though arsenal won but I'm not 100% satisfied with some of the players esp. Wilock and even Nelson who don't have vision and ambition