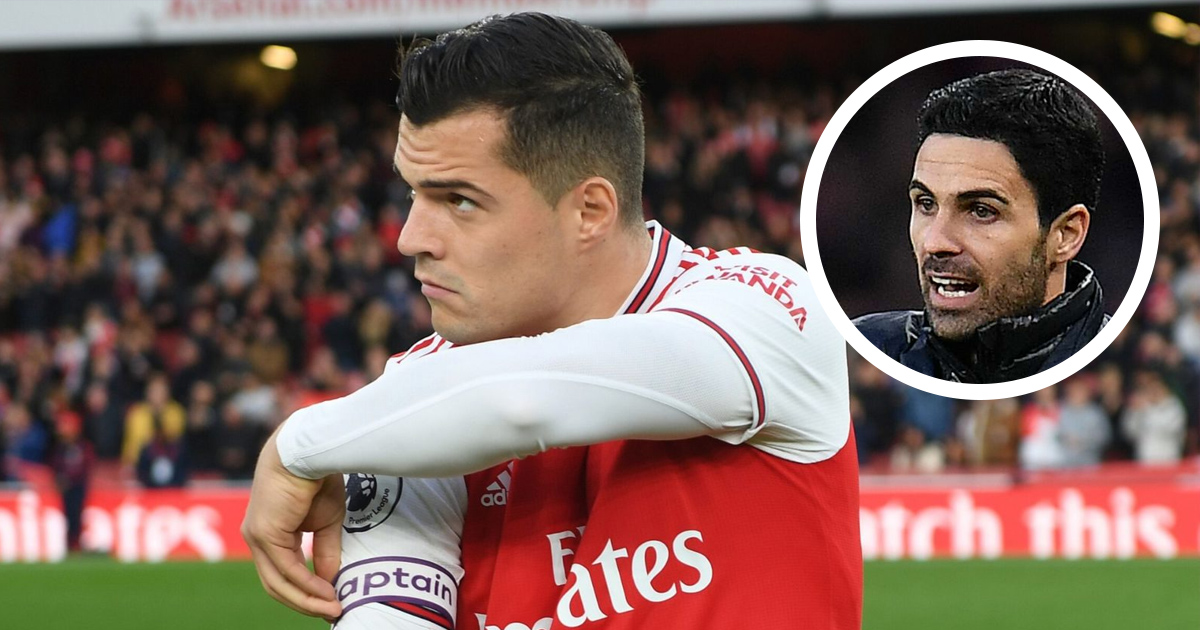 "He's someone who is always 1,000 per cent committed, not just for himself but to help all his teammates all the time. I'm happy that you can hear him more now."

Could Xhaka wear the armband in the future?

"Hopefully I have 24 captains who are willing to take leadership wherever they like," the boss replied.

"There is not only one way to be a captain, you can be a captain in many different ways. Be yourself, express yourself, play with the passion and set an example to your teammates. That is, for me, a leader."

Granit Xhaka was stripped of the armband and frozen out of the squad for an incident in the Palace game in October 2019.

The 27-year-old told the home crowd to f**k off on hearing jeers coming from the stands when he was heading for the touchline as he was substituted. He pulled off his shirt and threw it the grass in despair.

The Swiss international was ready to return to the Bundesliga as Hertha Berlin were on the verge of signing him.

However, Arteta's appointment changed Xhaka's fortunes. The midfielder received a vote of confidence from the boss and is now enjoying regular game time under the Spaniard.

Would you consider Xhaka for the captain's role in the future? Express your view in the comments or else use our newly-launched blogging platform!

'They have big futures': Xhaka lavishes praise on Arsenal youngsters as he assesses So'ton win
19
6
9 days ago
Mikel Arteta singles out Granit Xhaka for praise in So'ton victory as he explains why midfielder so important for this team
20
16
10 days ago

Xhaka is the only Captain Material the Team's got right now.

He's EL Capitan of this Football club, whether I like it or not. Just his prensence in the Midfield make the opponent think twice, plus he can spread the ball around. That damn board better sign him a dancing partner, a proper CDM (Partey or Partey) 😔

yes. he is vocal and passionate. not the Aubameyang that does not care