Tribuna
/
Arsenal
/
News
/
'Today it is my turn': Martinez ready to grab his first-team chance with both hands 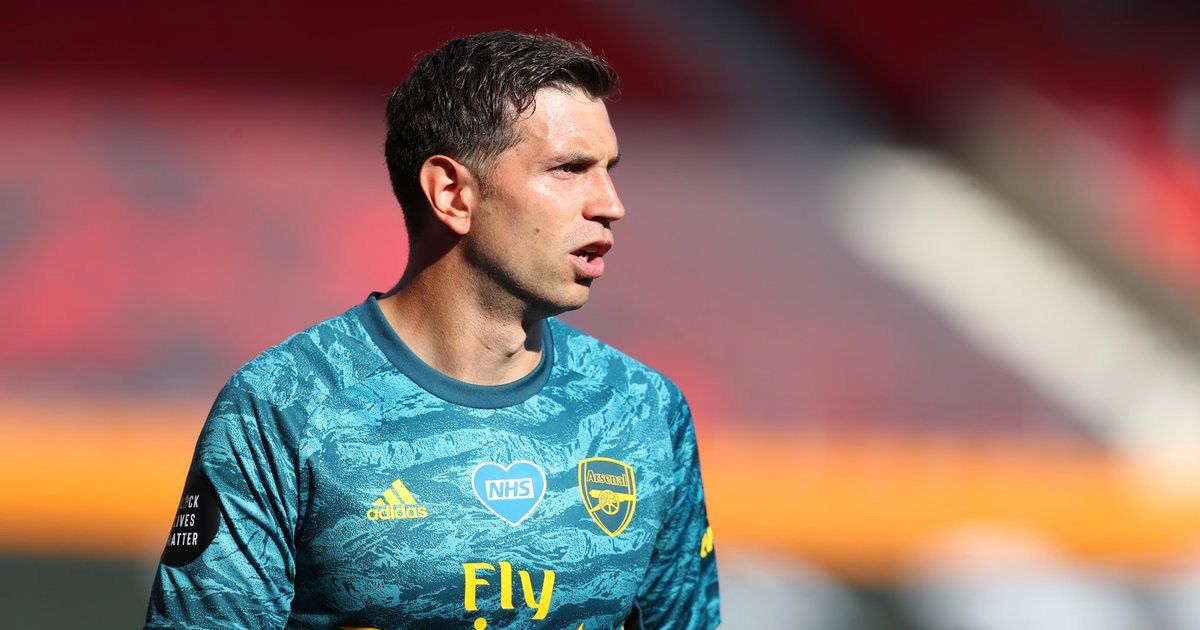 'Today it is my turn': Martinez ready to grab his first-team chance with both hands

While Bernd Leno is unavailable through injury, Emiliano Martinez is Arsenal's number-one goalkeeper. The Argentine relishes the opportunity to finally prove himself to Mikel Arteta and Gooners.

"Obviously being at Arsenal is a goal for many goalkeepers and more so with South Americans," he told TyC Sports as relayed by Sports Witness.

"I came here at a young age and always with one goal; to play the most matches in this beautiful club.

"Today it is my turn, I am doing it in a very responsible way, and I am proud to represent my country in one of the best teams."

Mikel Arteta instructs his goalkeepers to play out from the back and the 27-year-old has received praise for his passing skills and composure with the ball at his feet.

During the So'ton game, Martinez played a filthy long kick to Pierre-Emerick Aubameyang, creating a clear-cut chance for the forward. However, the Gabon international tried to pass it to a teammate and the opportunity was gone.

"I always liked playing with my feet, so modern football suits me very well. If you watch Arsenal games, the goalkeeper starts the play," Emi continued.

"Likewise, the number one goal is to save. In a big club like Arsenal, you usually get it once or twice and have to stop it.

"This is what the club requires. Then if you play well with your feet, that’s a plus."

Last season, the Argentine spent half a year on loan at second-tier side Reading, conceding 23 goals and recording 5 clean sheets in 18 games. It was a positive learning experience for the shot-stopper.

"What the Championship has is that is is much more physical," Emiliano added. "For a young goalkeeper it is good because you learn much more in the second division than in the first, I can assure you that."

Reading was the sixth club Arsenal had sent him on loan to, having previously featured for the likes of Wolves and Getafe.

Before Leno's injury, Emi had had just 6 Premier League games under his belt but his future at the Emirates is in his hands now. In case the 27-year-old proves his reliability in the next few weeks, Bernd will have to find it tough to become first-choice again.

Do you think Martinez has what it takes to replace Leno as our No. 1? Tell us in the comments or through blogs!

KEEP doing what you are doing, LET YOUR FOOTBALL DO THE TALKING.

He has grown to become a very good goalkeeper. He and Leno complement each other. We need minimum two goalies that are world class