Tribuna
/
Arsenal
/
News
/
Arteta: 'Auba needs more experience with trophies, we can get him used to that' 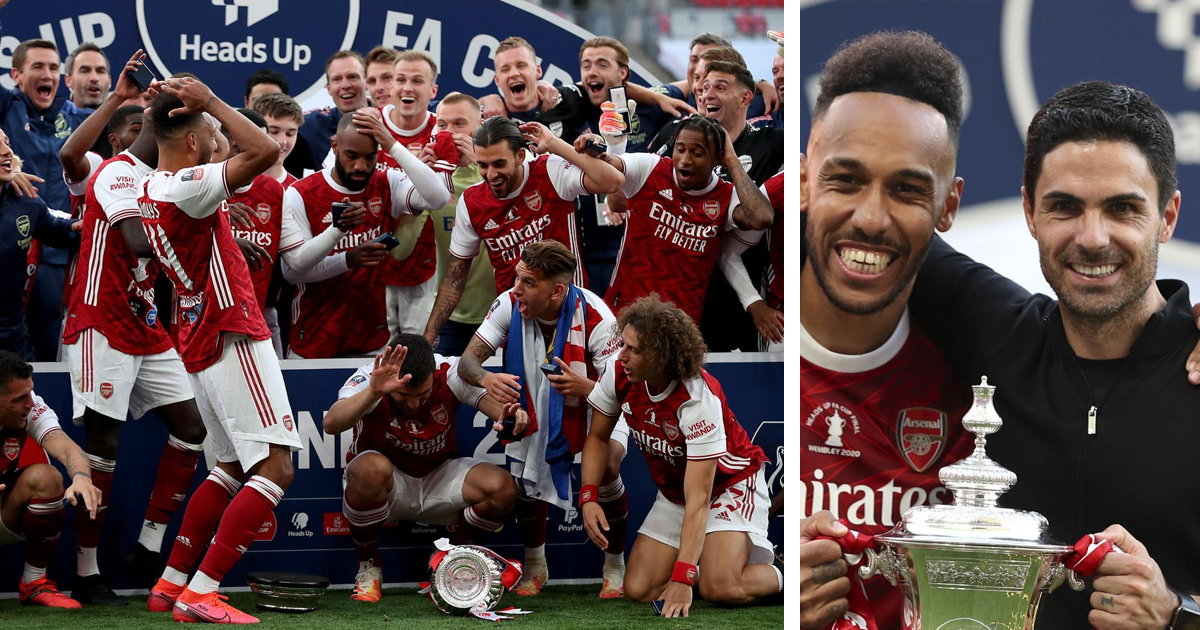 Arteta: 'Auba needs more experience with trophies, we can get him used to that'

Pierre-Emerick Aubameyang dropped the trophy during the FA Cup celebrations in front of shocked teammates, and then lifted it again.

"He needs more experience with trophies, we can get him used to that," said the boss after the game, as cited by Goal.com's journalist Charles Watts.

The Gunners triumphed on Saturday thanks to the captain's brace. He was ice-cold from the spot in the first half and scored a thing of a beauty in the second.

There are rumours he will leave the club this summer. However, the 31-year-old seems to enjoy his time at North London as he has dropped yet another hint at extending his stay.

"My manager," he wrote on Twitter, retweeting a picture of himself and Mikel Arteta with the trophy.

I was very hungry before the match but after arsenal won the FA Cup am very okay till now I'm not hungry again... now I know that happiness & joyful is the best food! Thank you Arsenal fc family globally

Come on Arsenal motivate him to sign da ting

how will your sleep sound this night??? going to sleep with much smiles on your face😂😂😂😂