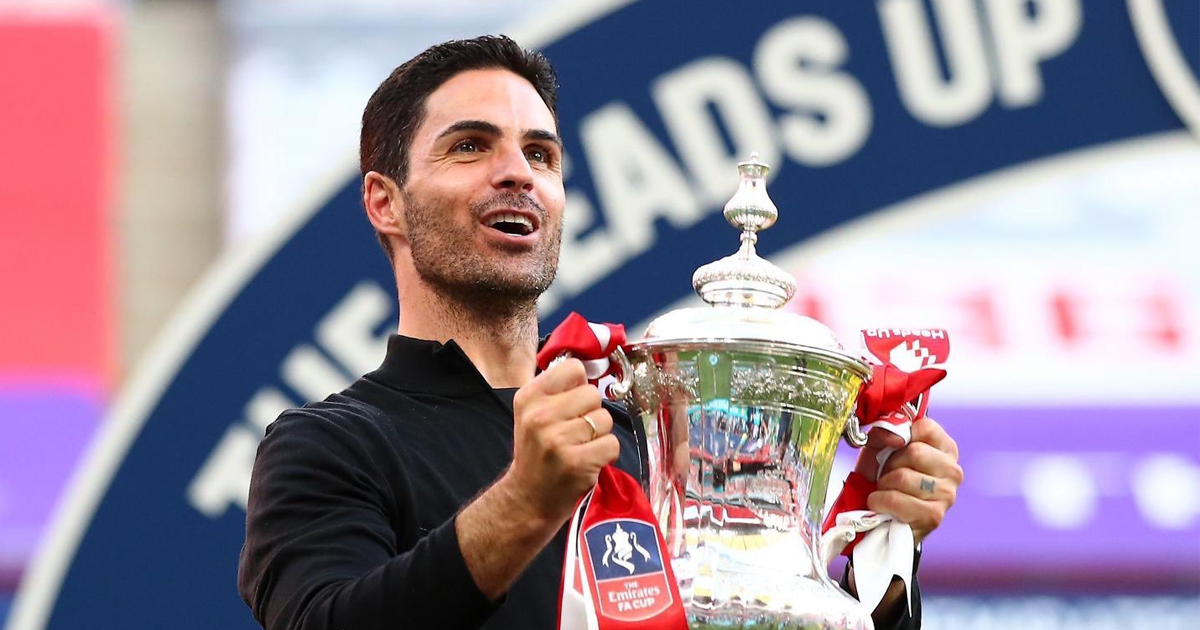 The Gunners claimed their 14th title courtesy of an Aubameyang brace and we analyse the main talking points from this triumph.

If you recall the Arsenal home match vs Chelsea, the Gunners started strongly, scored the opener and then gave up the initiative to the Blues. Lampard's men scored two scrappy goals and that was that.

Tonight the story was mirrored. Arsenal started in a slack fashion, conceded two early chances and went a goal down. However, Arteta's half-time water break talk did the trick: the Gunners never seemed like losing after it.

Arsenal seemed to target Azpilicueta's flank on purpose. Niles and Aubameyang were much busier than Bellerin and Pepe and, on paper, this looks a crazy plan: Azpilicueta is one of the best defenders in business.

But games aren't won on paper and Arteta's plan worked. Azpi pulled Aubameyang down for the penalty, got booked, gave a lot of freedom for Niles to run into and then hobbled off with a hamstring injury.

Reece James, another man on Chelsea's right side, is rather shabby at defending so perhaps it was him who Mikel identified as a weak link. James or Azpilicueta, the boss instructed his boys to hit the right spot.

3. Aubameyang is on his game once again

The striker absolutely roasted Azpilicueta to win the penalty, coolly converted it and then took his chance for the second goal well. We don't remember the skipper doing much up front apart from that but that's Aubameyang in a nutshell.

He scored two in the semi-final and two again today. He's absolutely vital to this side's goalscoring game and we hope that lifting the trophy with the captain's armband and Europa League football convince him to sign on the dotted line.

We've lost count of the number of times a player in a blue shirt saw yellow from Anthony Taylor's pocket. Much of this was down to the good work Granit Xhaka and Dani Ceballos did in the middle of the park.

In fact, both Kovacic's bookable fouls were on Xhaka, while Ceballos scurried around winning fouls high up the pitch (Lacazette's dangerous free-kick was after Dani won a foul outside the box).

Another great performance from our engine room players and we are hoping Ceballos stays beyond this season. His recent showings merit it.

5. Niles is trusted on the left again

Before the game, there were probably just two positions up for grabs in the XI: right wing and left wing-back. Saka could have slotted into either, while Nelson was ready to come in for Pepe.

In the end, Arteta trusted the duo who played in the semi-final: Niles and Pepe. While the Ivorian had a mixed bag of a game (although he did have a wonder-strike ruled out for offside in the buildup), Niles was instrumental on the left.

His direct running and sheer strength in the tackle caused Azpilicueta (and then Christensen) problems all day and we do wonder if there's a future for Ainsley in this team yet. But that's a discussion for another day.

Did we miss any important bits? Let us know below or chip in with your thoughts on the win via blogs!

give Aubameyang what ever he wants! even if its Artetas wife.

🤣🤣🤣God have mercy on you. You mean whose wife?

Knight
5 days ago
•••
Reply to a comment by OKPALA CHIBUIKE

Olanrewaju
5 days ago
•••
Reply to a comment by OKPALA CHIBUIKE

Boanerge
4 days ago
•••
Reply to a comment by OKPALA CHIBUIKE

the London is red

Usman4life
4 days ago
•••
Reply to a comment by AB ÖZIL

I said it we are on a revenge mission against Chelsea and the boys did not disappoint f A cup our heritage 14times and counting Up Gunners.