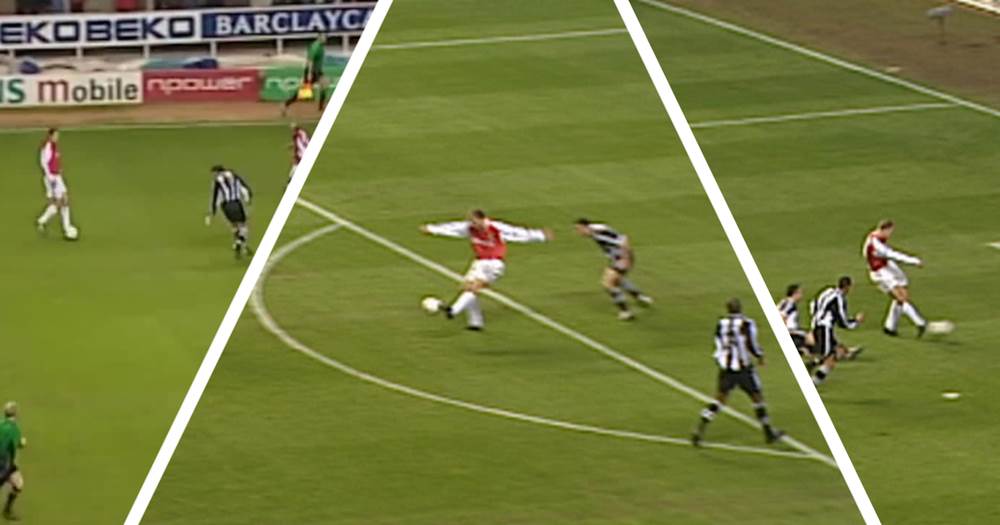 "For me, I had one thing on my mind to go to the goal," Bergkamp told Ian Wright in a big interview, recalling his amazing goal vs Newcastle. "To be fair, the pass of Robert [Pires] wasn't a good pass. It was behind me a little bit but I was still trying to go that way.

"I turned my body a little bit and I flicked it with my left but because I had turned my body, my body was going to the right. In my mind it would have been strange or not doable to go back again and I knew with the spin of the ball it would come back to my right anyway if I turned that way.

"After that a few things had to come together. I had to have contact with Dabizas, a little push, and then the ball automatically came back to my right as it spun and then you have to pick the corner. The far corner is wider so it only takes a little bit of movement with your body.

"You adjust yourself to what is happening and the ball came behind me and I wanted to go that way. I could control the ball but then the attack was dead so I wanted to keep it moving. In the end it looked good, of course, but for me there was only one thing on my mind. You play one against one and you want to go as fast as possible to the goal."

Nothing's impossible when your are Dennis Bergkamp! Have you ever seen a better goal?

Dennis Bergkamp: 'Sometimes it’s good but a lot of times you don’t really feel that it's Arsenal as we know it'
9 5
3 months ago

Dennis Bergkamp & Ian Wright's BIG interview: 'We felt like Arsenal could be champions' (video)
19 5
3 months ago

Best player I ever saw