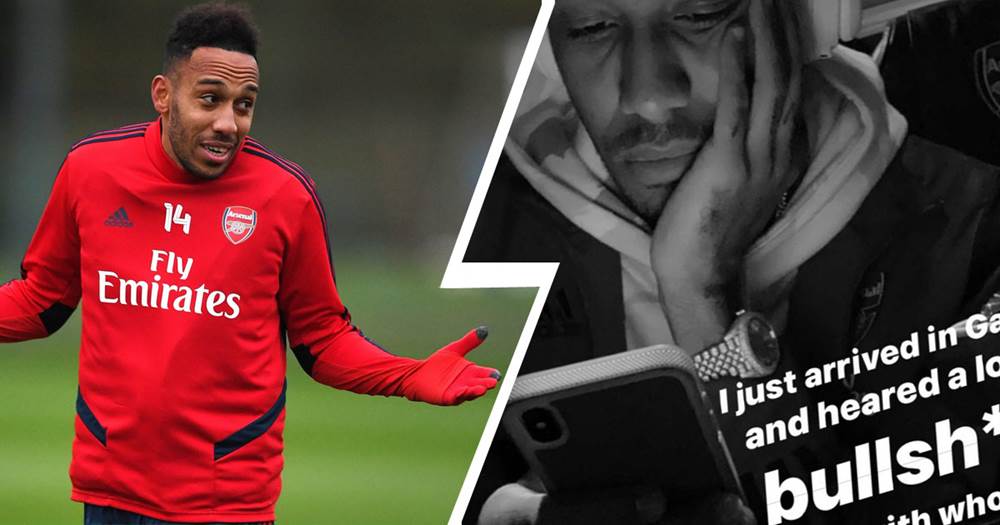 Pierre-Emerick Aubameyang has posted a cryptic Instagram story. There is a picture of the striker looking at his phone, and a caption that reads:

"I just arrived in Gabon and heared (sic) a lot of bullsh*ts[.] I talk with who I want whenever I want and if somebody's not happy with... you already know."

The caption ends with an emoji of a middle finger gesture: 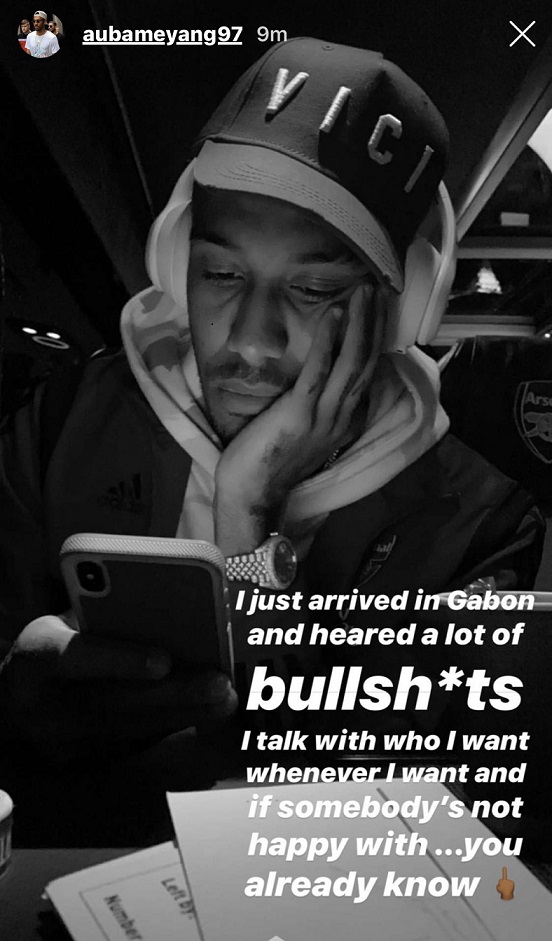 While it is not certain whom this post is directed to, one could guess it is somehow related to the recent report by The Athletic's David Ornstein. In his article, the reputable journalist states that Emery's choice to appoint Aubameyang as the new skipper was not well-received by the dressing room. According to Ornstein, some Arsenal players are unhappy with Auba's good relationship with Arsenal Fan TV (AFTV) which, in their opinion, 'promotes negativity' towards the squad.

It is known that the 30-year-old is friends with AFTV's Troopz, even allowing the presenter to sit in the executive box at the Emirates. This part of the stadium is normally reserved for players' relatives and family.

All this discord is the sign of poor leadership and that starts at the top with Emery. He has lost the fans and seems to have lost the dressing room. He needs to go before he completely ruins the club I’ve loved since 1971.

The pot was stirred up,the reactions are fair,the squad and the boss have wengers shadow over them,the invincibles tattooed in gooners memories,the top 4,the fa cups,the good times. Emery has had his warning,the clock ticks on,and we wait.

I think this's a mischievous post, only aimed at pitching Auba against his teammates.