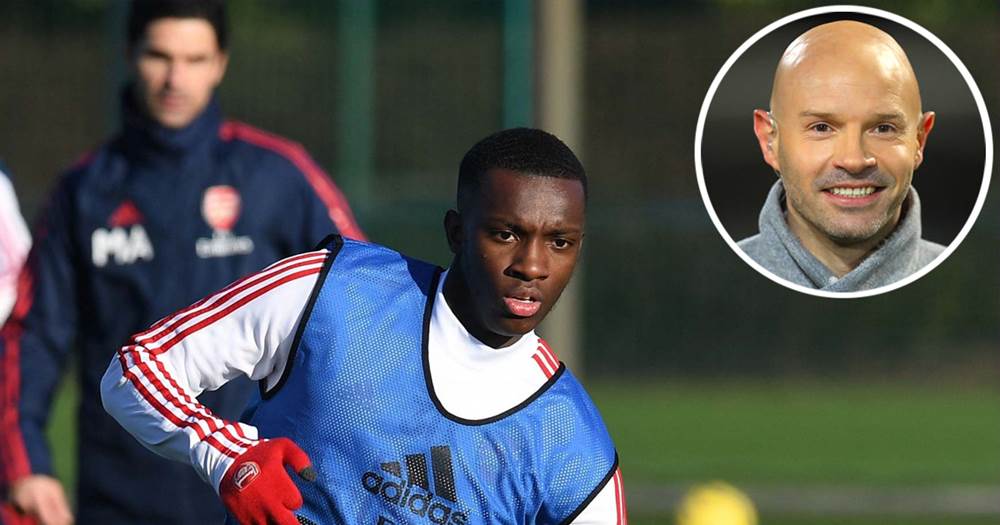 'He's clearly a talent': Danny Mills defends Nketiah ahead of his reported loan move to Villa

Former England international Danny Mills believes Eddie Nketiah could easily succeed at Aston Villa. The 20-year-old is likely to leave Arsenal on loan until the end of the season with Dean Smith's side being among the clubs interested.

"Well he's clearly a talent and everybody can see that," Danny Mills said.

"If every single manager likes the same type of player or the same type of character, then it'll be a very boring game. It'll be very dull and everyone would play the same, results would be predictable week in week out.

"The game is all about opinions, and this is where a manager earns his money, by perhaps taking a player it hasn't worked out for and giving them confidence and turning their career around.

"And in January, that's what all managers are looking to do."

Nketiah's loan spell at Leeds was cut short as the striker was never the first-choice option for Marcelo Bielsa. His playing time was reduced to short cameos from the bench. The striker has now plenty of options to consider.

'They need someone who can go in there and score goals now': Ex-striker Bent suggests Aston Villa should snub Nketiah and approach Benteke
13 4
8 days ago

Standard: Eddie Nketiah gets permission from Arsenal to make next loan move
18 0
8 days ago

these loan players never come back a better player

I wish Eddie the best. For some reason, I've never really seen the quality and hype around him. Perhaps it's because he hasn't featured in enough Games. I hope he prevails in Villa