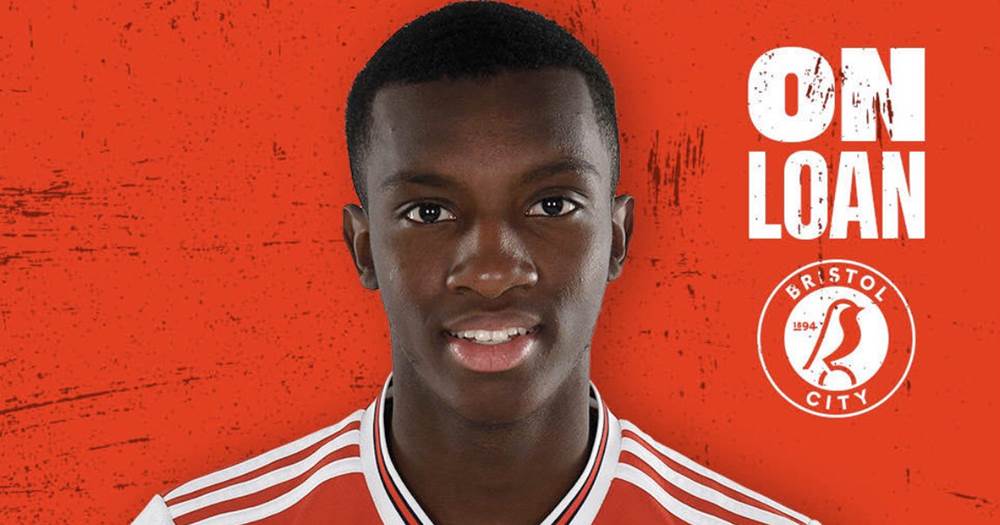 Arsenal have revealed Eddie Nketiah's next loan move on their club website. The Gunners have placed Eddie Nketiah to Bristol City on loan revealing his next club before the official announcement.

The striker's profile was then corrected back to Leeds where he was on loan in the first part of the season.

Bristol City, who lost the race for the Gunner in the summer, are believed to be favourites to win the competition for Eddie. And the deal now looks all but done.

Nketiah had plenty of options to choose from. According to the recent reports, Bristol City, Nottingham Forest and Sheffield Wednesday of the Championship, as well as Premier League's Aston Villa and Norwich were said to be keen on landing the striker until the end of the season.

Standard: Eddie Nketiah gets permission from Arsenal to make next loan move
18 0
8 days ago

'He's clearly a talent': Danny Mills defends Nketiah ahead of his reported loan move to Villa
14 2
8 days ago

That's good news for him.... But still arsenal has not yet sign a player...

I will loan him to Aston Villa, for him to at least have a playing times.

At 20 years many good players are playing 1st team match in Epl. Why loan him to a championship team.?