Tribuna
/
Arsenal
/
News
/
Current youngsters aboard: what Arsenal's XI may look like in 2023 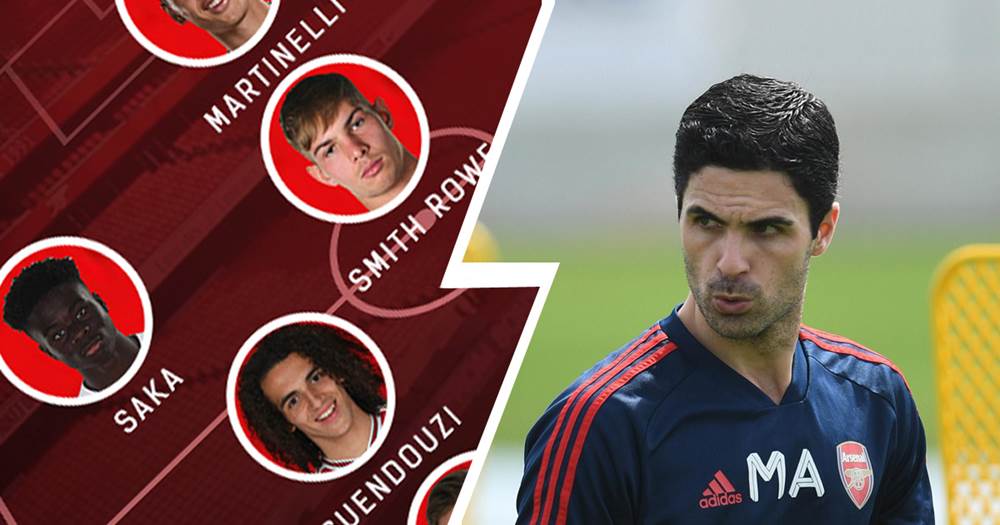 Current youngsters aboard: what Arsenal's XI may look like in 2023

We look into the crystal ball and predict what Arsenal's XI may look like in three years' time. Warning: heavy spoilers ahead!

Arsenal surely have some talented youngsters coming up through the ranks. Some are staking a claim at first-team involvement already, but we’d like to think they will be close to finished products in a couple of years.

Of course, we can still envisage Mikel Arteta at the helm, a master tactician who will have personally nurtured almost the entire first XI into polished gems. After all, it seems to be the Spaniard’s forte.

So buckle up - you are going down a rabbit hole, but we hope it’s going to be an entertaining ride.

The German will be 29 in three years and, considering most keepers play into their early 40s, Bernd won’t even be a grizzled veteran in 2023.

He will also no longer suffer from the Emery-induced PTSD and a shaky centre-back pairing of Luiz and Sokratis, so all the better for him and us.

Hector is 24 right now. Can you believe it, given the Spaniard broke through to the first team 6 years ago?

In 2023 he will be 27 (at the peak of his powers), wear the captain’s armband and prove Arteta’s most trusted on-pitch lieutenant. While still terrorising opposition’s defences with lung-busting runs.

The Frenchman will prove a hit at the Emirates after an initial one-season adaptation period. Good in the air, hard to put off the ball and strong in the tackle, Saliba will be something of a mix between Mertesacker and Koscielny - taking the best from both.

The Englishman will leave his injury problems in the past and become the cool head in the team, absolutely unperturbed by opponents’ tricks and mind games.

He will also be key in playing out from the back and a genuine set-piece threat. Rob will assume the sweeper role, what with his speed superior to Saliba’s.

The Scot will cement his place, finally providing that mix of good deliveries from wide areas, non-stop pressing and actual defending skills in one-on-one scenarios.

In Arteta’s system with a left-sided bias, Tierney will be one of the key cogs and his interchanges with the left winger will provide a constant threat.

The Uruguayan will become a midfield lynchpin - and yet the best will still be in front of him. He’ll play in a settled, clearly-defined midfield configuration, often dropping deep to cover for Holding and help build play from the back.

Something of an Aaron Ramsey heir, the Frenchman will improve his positional awareness and one-touch skills vastly, under careful guidance from Mikel Arteta.

He will also be considered for the national team, such will the nature of his improvement be. The bushy hair will stay in place though.

The Ivorian’s trickery will scare oppostion’s defences out of their wits. Pepe will work on his right foot a lot, which will result in his ability to go outside the fullback if needed.

He will be a pain to mark and defend against, given his speed and guile and we’ll perhaps see him adopt Henry’s trademark inside-of-the-foot finishes.

The youngster will be nicknamed ‘the next Kevin De Bruyne’ for his amazing vision of the pitch and versatility.

Emile will also work hard without the ball and cover for our wingers when needed, interchanging positions to confuse the opposition.

Saka will develop a telepathic connection with Kieran Tierney and his direct running, coupled with surprising strength on the ball will cause all sorts of problems for opposition’s fullbacks.

His goal output will be less stellar than Pepe’s, however, he will be almost as good a provider as Emile Smith Rowe. Almost.

The Brazilian will develop into one of the finest strikers in the league at just 21.

Gabi will be a terrifying combination of speed, strength and poaching abilities. Impossible to put off the ball, he will seriously improve his link-up play to feed passes to the onrushing Pepe and Saka.

Finally, Gabi will be an aerial threat, providing the Gunners with a route one outlet under pressure.

Did we miss anything/anyone? Let us know below!

Arsenal
Ceballos in, Ozil out - Arsenal's most expensive XI based on current market value
12 12
14 days ago

Arsenal
Auba, Laca & Ozil out, Maddison & Upamecano in: the Gunners' XI if the rumours were true
21 68
10 days ago

Only haters will make changes to this vision 2023/2024 season. A wonderful line up & super quality run in this team years to come when Arteta will have mastered all his plans into actions.

I say it looks good