Tribuna
/
Arsenal
/
News
/
Aubameyang, Lacazette and Leno may reportedly all leave in the summer 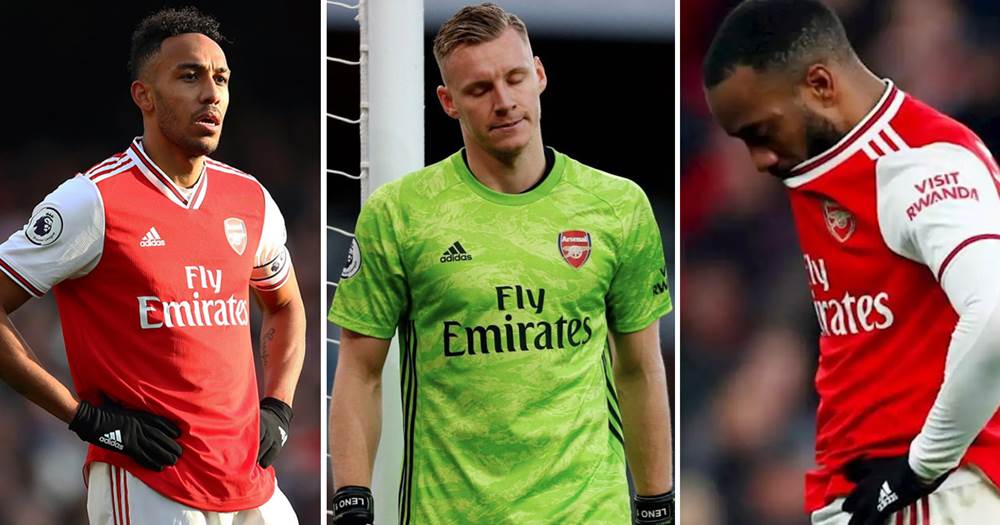 Aubameyang, Lacazette and Leno may reportedly all leave in the summer

Yep, Bernd Leno. You read that right. Although take it with a pinch of salt: remember, it's the Mirror doing the reporting.

While Auba and Laca have been linked with exits from Arsenal before, the German's name hasn't really popped up anywhere.

But now the Daily Mirror claim Arsenal won't have a huge transfer kitty in the summer and might have to get creative to raise funds. Which, in simpler terms, means selling players who can generate decent cash.

We all know the situation Pierre-Emerick Aubameyang is in, we know Head of Football Raul Sanllehi is unlikely to let the Gabonese leave for free next summer.

Alexandre Lacazette could be seeking Champions League football, according to the report, so might look for a team that can actually provide it. Plus, he is bang out of form right now and might be viewed as dispensable.

But Bernd Leno... We are not sure it'll be the best decision to raise the money by selling our shot-stopper. Leno saved Arsenal time and again during his two seasons at Arsenal and, realistically, you won't profit a lot by selling your goalie. Unless you can trick Chelsea into buying him.

Then again, goalkeepers are easier to replace and looking at Dean Henderson's and Nick Pope's form, one might wonder if Arsenal have a backup plan in mind if they are indeed considering the possibility of letting Leno leave.

However, it will be one more problem to solve and, ahead of a summer which is promising to be busy indeed, it might not be the best idea to add another item to the shopping list.

This news are absolutely gabbage. We are building a team under the leadership of Mikel Arteta.. We are not selling what means success to us . Xhaka that they said had agreed to join Hertha remained. The rest is history to us.

Sserunjogi Bobich5 days ago
Reply to a comment by Baba Yao

Community admin5 days ago
Reply to a comment by Baba Yao

Unfortunately Arteta doesn't control everything. For example, Auba can be sold this summer if he refuses to sign, that's a very real possibility. Arsenal can't just let him go on a free, they've paid a lot for him

Leno will not be that stupid to leave Arsenal now. It shouldn't be our headache now. As for Auba and Laca, I already know one of them must go and most probably it's Auba.