Tribuna
/
Arsenal
/
News
/
'Arsenal are so big that Spurs built a legacy just finishing above us': fans take the mickey out of Pochettino's remarks 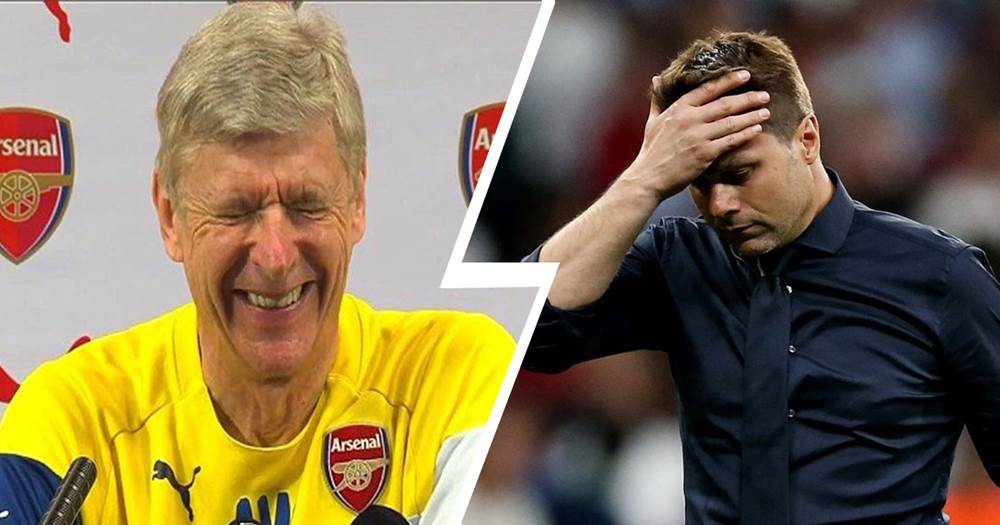 'Arsenal are so big that Spurs built a legacy just finishing above us': fans take the mickey out of Pochettino's remarks

Mauricio Pochettino has recently said he's had a successful spell at Tottenham and then polished it off by adding his legacy will be finishing above Arsenal a couple of times. What a man.

Mauricio Pochettino is a man who has a curious definition of success.

In a recent interview with Sky Sports he claimed to be proud of his achievements with Spurs ... before adding his legacy will be finishing above Arsenal '3-4 times'.

This has us all in fits of laughter. And we are far from being alone.

Arsenal
Pochettino: 'Arteta has experience and the knowledge to do a great job'
23 5
2 months ago

Arsenal
Mauricio Pochettino: 'To play in the Champions League for 3 or 4 years and finish above Arsenal many times was a great legacy for us'
13 12
7 days ago

Yeah. Finishing above Arsenal for 1 season is the Premier league title for Spurs. Shame!!!. Thank God the board did not appoint the fucker as our coach.

and wot the fuck did they win

I bet theres a trophy about that hanging at the club so fans who visit at least have something to take a pic of.

Gunner025 days ago
Reply to a comment by Manuel Frederico

Merde that was brilliant 🤭