Tribuna
/
Liverpool
/
Blogs
/
Couts divides the LFC faithful. It's me again, to bore you all with my - David Kelly⭐⭐⭐⭐⭐⭐ - Tribuna.com

It's me again, to bore you all with my ridiculous opinions😁 This one is because of the divisive Couts. Like Brexit, it's taken over all conversation in the Liverpool fans world, let's call it Cuntexit.

I'm going to give my opinion and I'm not too bothered about balancing this argument either as the app has been bombarded with why we should all be happy that it's even been spoken about.

My mission here is to burst that bubble and inject a little realism with this article. Like I say, it's my opinion, so I'm not going to go out of my way to look at things from both sides and be understanding, this will be as balanced as a war between the USA and Gibraltar 🇬🇮.

Like a woodpecker perched on the side of my head boring away into the empty void of my skull cavity, I keep being told, “look at all that Couts done for us”. 🤔 Can someone just remind me what he done please, as my geriatric brain doesn't seem to be registering it.

The other chestnut is “it was his dream move”, 🤣, gimme a break please. Dream move me arse. Who cares about his dream move, that sounds like a Couts problem, not like a me or LFC problem. He got his dream move, and now like a spoilt child he wants back to us and is looking like he's throwing his toys out of his pram again.

Can anyone point out one LFC quality in his transfer dealings so far, as I can't?

I can only compare him to a cat, he's nimble and agile but then fucks off for a few days and expects to be welcomed back with open arms and a tin of cat food. Cats aren't loyal and neither is Phil. A pet fly would be more loyal.

Then we look at the financial side of the deal. We had a baseline 108m deal with barca to be paid across the 5 years of his contract. Couts paid 15m (actually Barca did but officially it was Couts), Barca have paid around 20m. That means there's a potential outstanding balance of between 70-80m, now the cheeky shits in barcelona apparently want us to loan him for 2 seasons and then pay 88m for a 29 yo(he'd be 29 when we'd have to pay the 88m).

Eh, now I'm no economist but I can see that that would mean that barca have basically ended up with a very good player for a season and a half for free. That's just a whole new level of stupidity and extremely bad business.

Finally, what I've seen some fans saying is really shocking me. That if Couts “hurts his back” again that he could force a move. Why oh why do any fans want that type of player at our club, a player that's basically pissed on everyone's cornflakes, where he was loved and adored, where the world's best coaches and fans are and where he was told that if he stayed we'd build statues in his honour. He turned his back on us. He said Spain and Barca were better.

Look reds, all I'm getting at here is that some people seem to have very short memories and then there's others who keep using the word NEED him, and then there's those who keep talking about forgiveness. Well don't forget how he left, we don't need him at all as the last 18months have proved and I'm all for forgiving but that doesn't mean we should take him back. He's gone, he pulled our Liverbird off his chest and threw it to the floor. He's moved on so maybe we should too. I forgave him a long time ago but would never trust him again.

Anyway, we were here a long time before Cuntinho and we'll be around long after him too. I support LFC, not Phillipe Coutinho. My loyalty lies firmly at the door of the club and I think it's an absolute disgrace and massively, massively disrespectful, to our current players, how many seem to support Couts before the team. 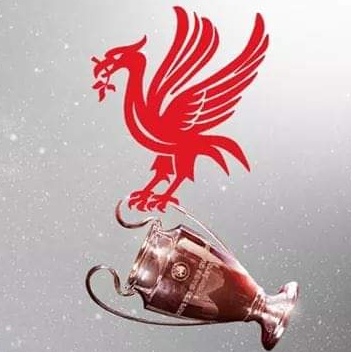