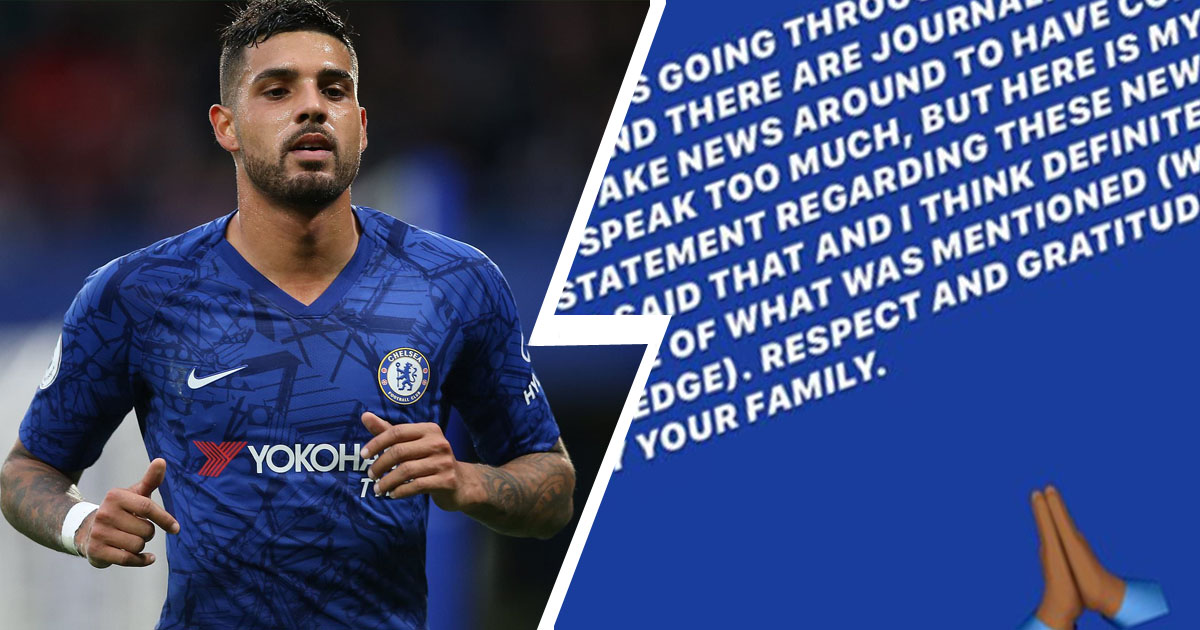 Emerson Palmieri has blasted the Italian press for spreading fake news regarding his strained relationship with Chelsea boss Frank Lampard amid the outbreak of the coronavirus pandemic across the globe.

"The world is going through a really difficult moment and there are journalists who want to spread fake news around to have content," Emerson wrote on his Instagram story.

"I don’t speak too much, but here is my only and last statement regarding this news. I never said that and I think definitely the opposite of what was mentioned (without my knowledge).

Italian outlet Tuttosport reported on Wednesday that Emerson was unhappy with Lampard's 'controlling' style of management at Stamford Bridge, with the left-back allegedly going as far as to refer to his boss as a 'sergeant'.

However, the 25-year-old has taken to his social media account to sort out the mess, writing on his Instagram account that he bears utmost respect and gratitude for Lampard and, of course, for the Chelsea family as a whole.

With Emerson losing his place in Lampard's starting eleven over the past couple of months following a bright start to the season, the media apparently took undue advantage of the situation and made up fake content to portray the left-back as a rebel.

Emerson's claims come just a day after Tammy Abraham confirmed on social media that reports about him demanding a £180,000-a-week contract at Chelsea were completely fake.

OnlyHalftooth
8 days ago
•••
Reply to a comment by amon soroh

You're the one that gave him the problem abi?🙄

Thank God its lampard's problem not yours

yes very true, lampard is a Sargent, only a strong soldier can handle Chelsea players who always feel bigger than the club and some brainless fans

so stupid of you saying lamp has problem