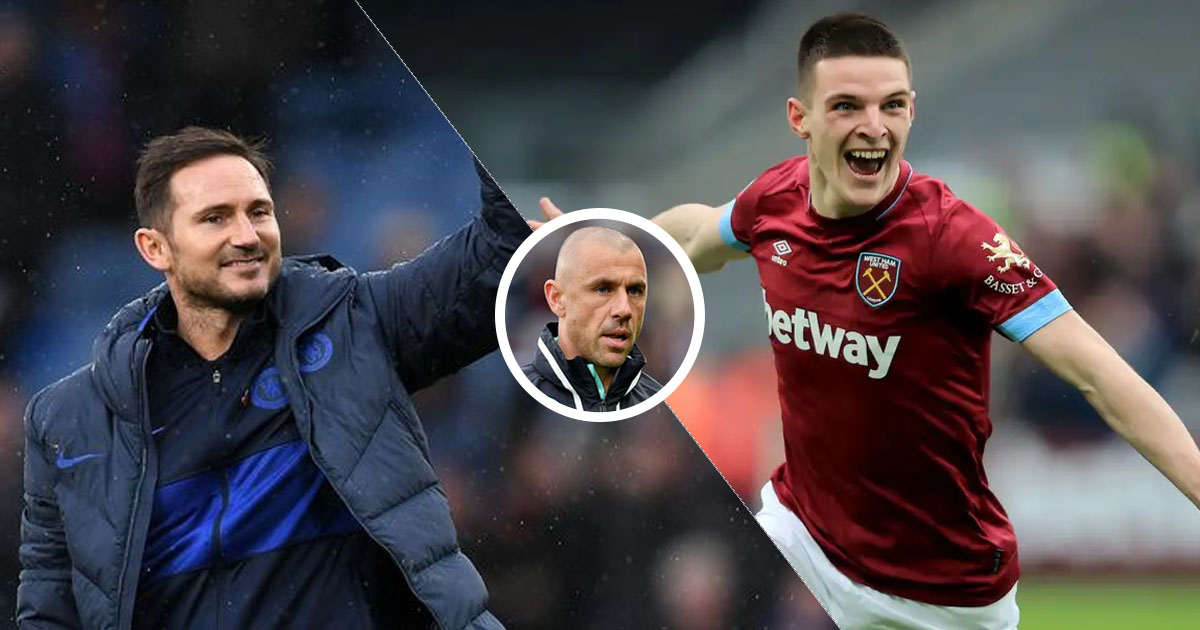 Chelsea have reportedly been linked with a move for Declan Rice and former England international striker Kevin Phillips has backed the Blues to complete a deal for the 21-year-old.

Phillips feels that Rice has the talent to follow in the footsteps of Lampard, who became a legend at Chelsea after joining from West Ham, however, the 46-year-old has warned the Blues that they might have to pay over the odds to sign the defensive midfielder if the Hammers manage to stay up in the Premier League.

"It is no surprise he is linked with Chelsea because Frank has his connections at West Ham having started there as a young lad," Phillips told Football Insider.

"He could go on and forge a career like Frank.

"But I do not think it is an area that Chelsea need to strengthen. They might splash a lot of cash on him because he is young.

"If West Ham go down I can see that happening but if they stay up it would take a lot of money."

Rice, who has been a regular starter for West Ham from the start of the 2018-19 season, was handed a new long-term contract until 2024 last year and reports have claimed that the Hammers could demand a fee in the region of £75 million for the England international.

Interestingly, Chelsea have had a lot of luck in recruiting players from West Ham right from the club's inception way back in 1905.

George Hilsdon, who is among the all-time top scorers for the Blues, was the first big name to make the switch across the capital in 1906.

Since the turn of the century, the likes of Joe Cole and Frank Lampard have preserved that tradition while John Terry was also a part of West Ham's academy earlier in his career before he joined Chelsea.

Sorry to say, another Drinkwater in the making. We don't need him please.

blessed
8 days ago
•••
Reply to a comment by Silver.

are part that the money is too much

We don't need this fucking player