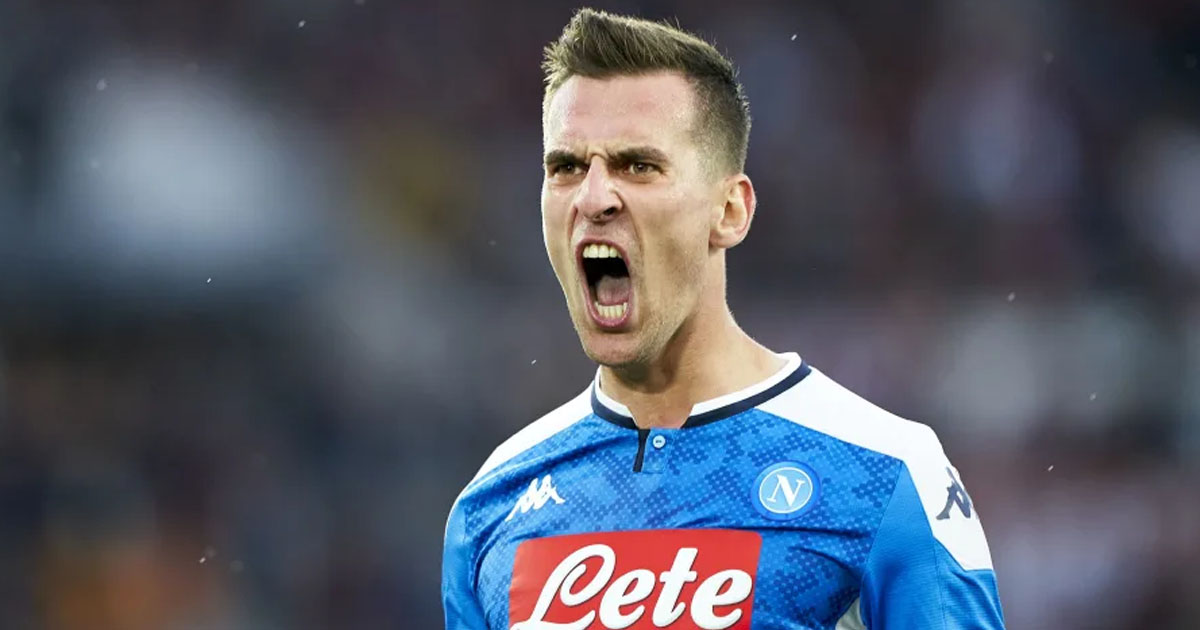 According to claims from reputed Italian journalist Alfredo Pedulla, as cited by Tuttonapoli, Chelsea have asked for information about the availability of Napoli striker Arkadiusz Milik, who has also been linked with a move to London rivals Tottenham.

Pedulla claims that Spurs are 'pushing a lot' to sign Milik in the summer as a back-up to first-choice striker Harry Kane but Chelsea are monitoring the situation closely as they attempt to steal a march over their bitter rivals by hijacking a deal for the Pole.

Chelsea's interest in Dries Mertens had been well-documented but the Belgian veteran has reportedly agreed to sign a new three-year deal with Napoli and that could be the farewell ticket for Milik, who could find his starting opportunities limited moving forward.

The 26-year-old's existing deal at Naples expires in the summer of 2021 and with the Pole supposedly unlikely to put pen to paper on fresh terms, the Partenopei could opt to move him on in the summer rather than risk losing him for free in twelve months' time.

Back in April, Pedulla claimed that Chelsea and Tottenham have 'conducted extensive surveys' on the Pole, who has also attracted interest from other elite clubs like Juventus, Atletico Madrid and AC Milan.

Despite triggering an extension to retain Olivier Giroud for another year, Chelsea boss Frank Lampard is expected to dip into the summer market for a new striker to provide cover and competition for Tammy Abraham, with Pedro and Willian nearing the end of their respective deals and Michy Batshuayi expected to depart the club.

Milik, who joined Napoli from Ajax back in 2016, has bagged 46 goals in 109 appearances for the Partenopei across all competitions.

The left-footed centre-forward has often been likened to his compatriot Robert Lewandowski and boasts an impressive tally of 14 goals in 49 international appearances for Poland.

fuck off will ya , this is a Chelsea App