Tribuna
/
Chelsea
/
News
/
'It could be a thrilling finale to a season': Jamie Carragher proposes World Cup-style FA Cup finish 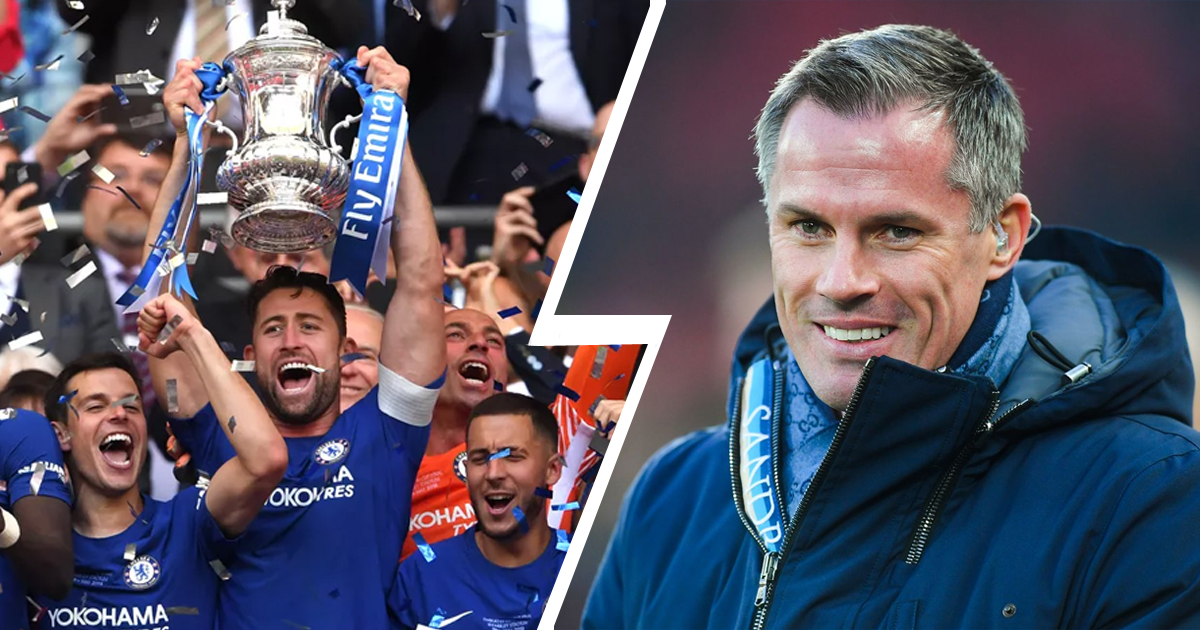 'It could be a thrilling finale to a season': Jamie Carragher proposes World Cup-style FA Cup finish

"The FA should get on board with a radical experiment to complete their fixtures. I would love to see this season’s FA Cup rescheduled to resemble the final stages of a World Cup, all the remaining games played after the conclusion of the Premier League," ex-Liverpool defender Jamie Carragher wrote in his Telegraph column.

"Imagine it. Quarter-finals could be played on the Friday and Saturday after the last Premier League weekend. Midweek semi-finals could then be immediately followed by the final, the competition concluded in eight days. It could be a thrilling finale to a season which, in the Premier League at least, is all about the top four and relegation places once play resumes.

"Whether the FA finds it palatable or not, there is a valid reason why the conversations about completing this campaign are focused on the league, where the financial implications are far more serious for all involved. To re-assemble players and staff only to enforce another break for the FA Cup makes no sense and would be counter-productive.

"I am not convinced any of the clubs involved would have an appetite for pausing the Premier League to play in the Cup in the current circumstances."

There are 7 games still to be played for in the FA Cup, with Chelsea facing Leicester away from home in one of the quarter-finals. The league has been mute on the subject of the FA Cup though, so it's hard to guess their line of thinking.

Teams would likely have to play twice a week anyway after the league restart to have at least some sort of break before the next campaign begins. It's hard to see them squeezing another three rounds of cup games in but it's equally tough to ask them to prolong the campaign and eat away at the break.

Which outcome for the cup do you see as the likeliest? Tell us in the comments or fire away on our new blogging platform!

'It was beautiful to go up the stairs and see the players and the captain grabbing the cup': Ex-Chelsea boss Guus Hiddink recalls memorable FA Cup triumph
35
0
1 month ago

It is easily said than done. Lets see how the PL will be. if it does end well then they can go ahead for the FA cup.

Why not, this season is all over the place, sounds a good way to end the season rather than drag it on somewhat.