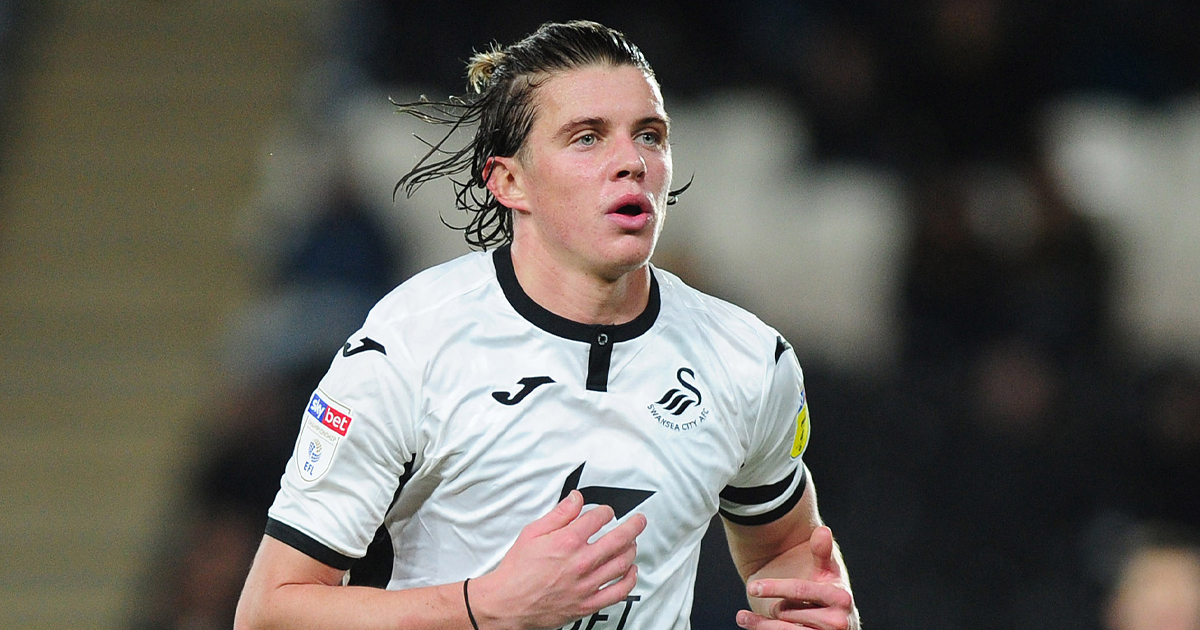 Turkish side Trabzonspor are interested in Chelsea youngster Conor Gallagher, according to local media outlet Karar.

The 20-year-old is the latest Chelsea player to be linked with the Super Lig leaders after Eddie Newton, former player and coach at Stamford Bridge, joined them as the assistant manager.

Earlier, it was Ethan Ampadu who was rumoured to be on Trabzonspor's wishlist, as his spell at RB Leipzig is apparently coming to an end.

Now, it's another young Chelsea player Newton has worked with who has been targeted by the Turkish side. As per the source, they will approach Chelsea in the nearest future to discuss a loan move for the next season.

Conor Gallagher has surprised a lot of spectators (and quite possibly the Chelsea coaching staff, too) with his performances for Charlton and Swansea this season.

The versatile midfielder racked up 6 goals and 2 assists in 26 league outings for the Addicks before switching boats to join promotion-chasing Swansea City in January until the end of the 2019-20 campaign.

The England U21 ace started and played each of the Swans' last 10 games before the coronavirus hiatus and while he failed to find the net even once, Gallagher impressed with 5 assists for Steve Cooper's side.

However, it's not that clear whether a move to Trabzonspor might be beneficial for Gallagher's career. If John Obi Mikel is asked, he is likely to have a very strong opinion on the issue.

Do you think a loan move abroad would be a right move for Gallagher? Share your thoughts on our brand-new blogging platform!

'I don’t see rush in trying to get him into Chelsea team': Conor Gallagher tipped to head on loan next season again
24
5
12 days ago
Explained: Why Conor Gallagher isn't expected to have much game time at Chelsea next season
41
6
2 months ago

Oh yeah, as long as Eddie is there to guide him. He will be fine.