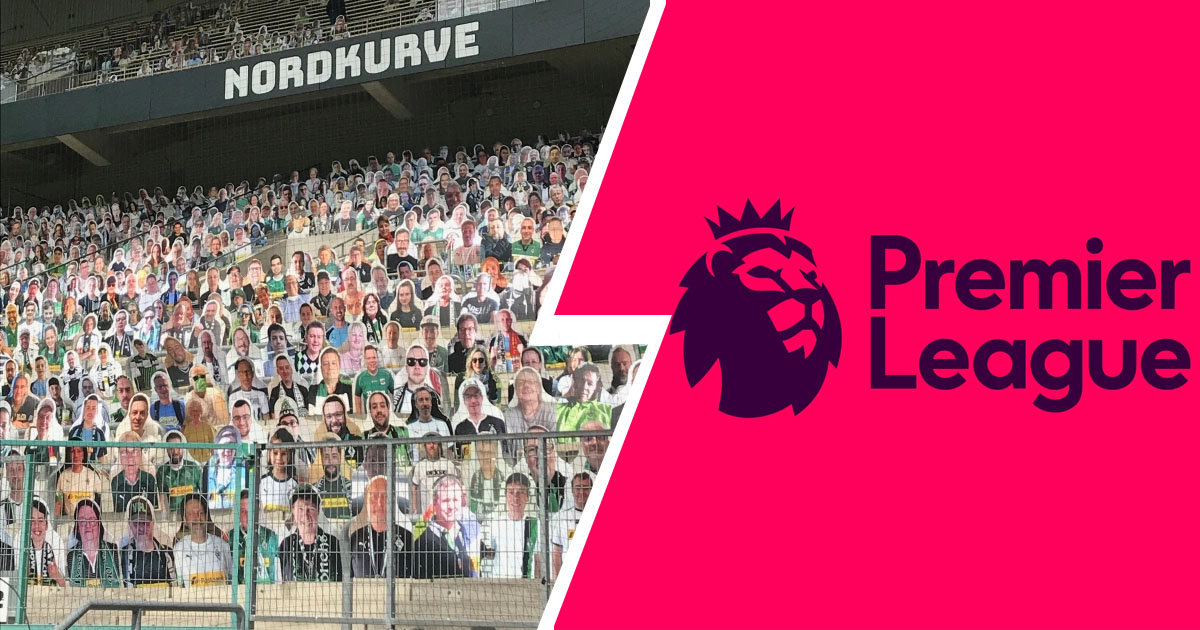 According to The Sun, three top Premier League clubs are in talks to fill empty stadiums with cardboard cut-outs of fans as 'Project Restart' continues to make strides towards resuming professional behind closed doors in the aftermath of the coronavirus pandemic.

The company behind the 'Stay at Home - Be at the Game' project has held discussions and sent documentation to some clubs proposing the idea of cardboard fans to preserve some sense of normality, amidst fears that football in eerily empty stadiums could lack the same intensity.

If the clubs agree to adopt the concept, then 20m recyclable and water-proof cardboard cut-outs could be placed when the Premier League potentially gets underway in June, while reports claim that plans are also being laid out to play crowd noises through an app.

It is understood that using cardboard cut-outs could hand a financial boost to the clubs and a part of the money raised will be donated to the NHS to aid their battle against the pandemic. Top US sporting bodies like the NBA, Serie A and MLS have also shown an interest in adopting the concept.

Tom Hickson, co-founder of ‘Stay at Home – Be at the Game’, said: “We are in talks with some Premier League clubs, the NBA and MLS in America.

“And we’d invite other clubs and sports bodies big and small to get in touch and get involved.

“We’ve everything in place. This project will give the fans a boost, the club some revenue and NHS donations in the fight against Covid-19.”

The concept of cardboard cut-outs is the invention of German super-fan Ingo Muller, who has organised nearly 14,000 dummies of fans and season ticket-holders for Borussia Monchengladbach, and his unique idea will be visible to the global audience when Monchengladbach take on Bayer Leverkusen on Saturday.

Neutral grounds and cardboard fans? 1-min read to explain Premier League stance on finishing 2019-20
14
4
28 days ago
Leeds CEO believes it would be 'a national embarrassment' if Premier League and Championship were not able to complete season
21
5
7 days ago

Arsenal have had cardboard fans for years thats nothing new to them. 🤣

Cyril Price
7 days ago
•••
Reply to a comment by Carefree

Ibitoye Ibigbenga
7 days ago
•••
Reply to a comment by Carefree

without the fans the stadium looks like a training ground, filling the stands with inactive fans i believe it will give the stadium a better shape than that of the Bundesliga stadiums.