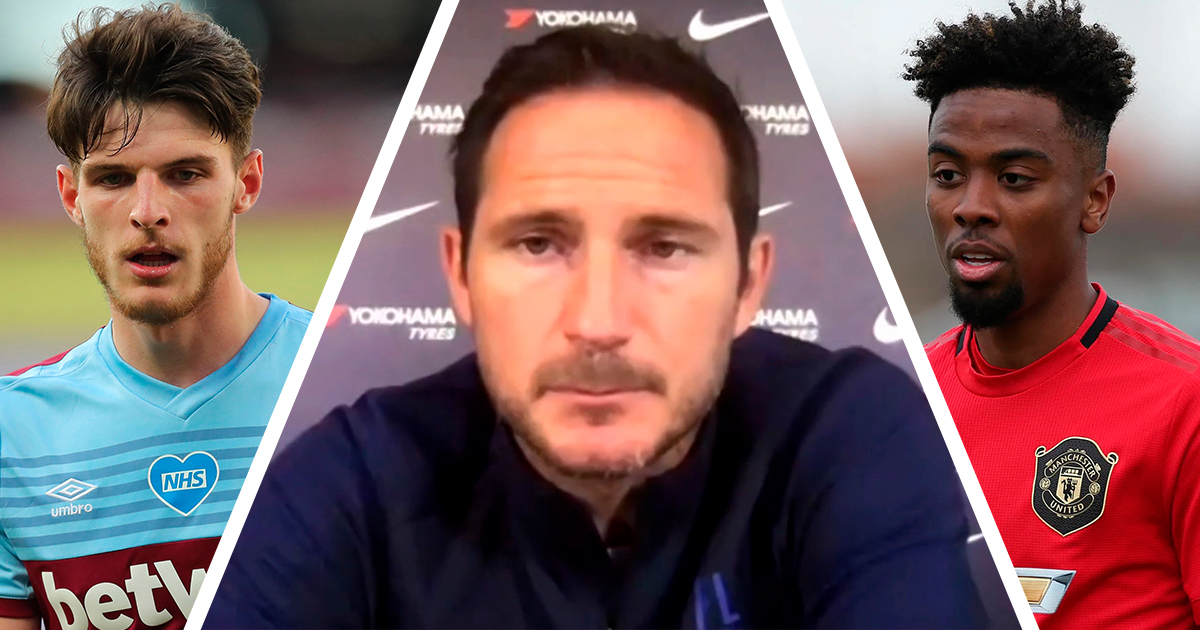 Chelsea are expected to offer a lucrative deal to Angel Gomes, who is set to become a free agent upon the expiry of his Manchester United contract. Frank Lampard has been asked to comment on the situation at the press conference ahead of the West Ham clash.

"Yes, I can elaborate to the point that it’s never been mentioned at my end; so that’s it," the boss said, as quoted by talkSPORT.

Further asked if there is any interest, Lampard added: "No."

Besides, Chelsea are reportedly lining up a £45m move for Declan Rice. Lampard has responded to that rumour as well.

"Declan Rice is a good player, I’ve known him for a long time, he was in Chelsea’s Academy, but there’s no talk," the manager said, cited by the Blues' official website.

Regardless of whether or not Chelsea are actually interested in a player, Lampard is not going to disclose any details to the media.

"I will keep saying that about every player until these games and this season are finished. There’s nothing to say," the Englishman explained.

Do Chelsea need Gomes or Rice? Have your say on our blogging platform!

Not to be negative, but do we really need another attacking midfielder in Gomes, who is 5’3” no less. We already have too many short players. Even our defenders are shortish by EPL standards, and our goal keeper is 6’1”, a midget when compared to today’s goalkeepers. Our 2 center forwards are taller than all 3 of our center backs. As for Declan Rice, where would he play? Message to Marina, Cech and Frank ... Football is also about defending stoutly. DEFENDERS PLEASE !!!

maybe the want to loan him or use him for business

Decan Rice for what? how better does he contribute to West Ham? Stop pushing these English hyped -flop to CFC