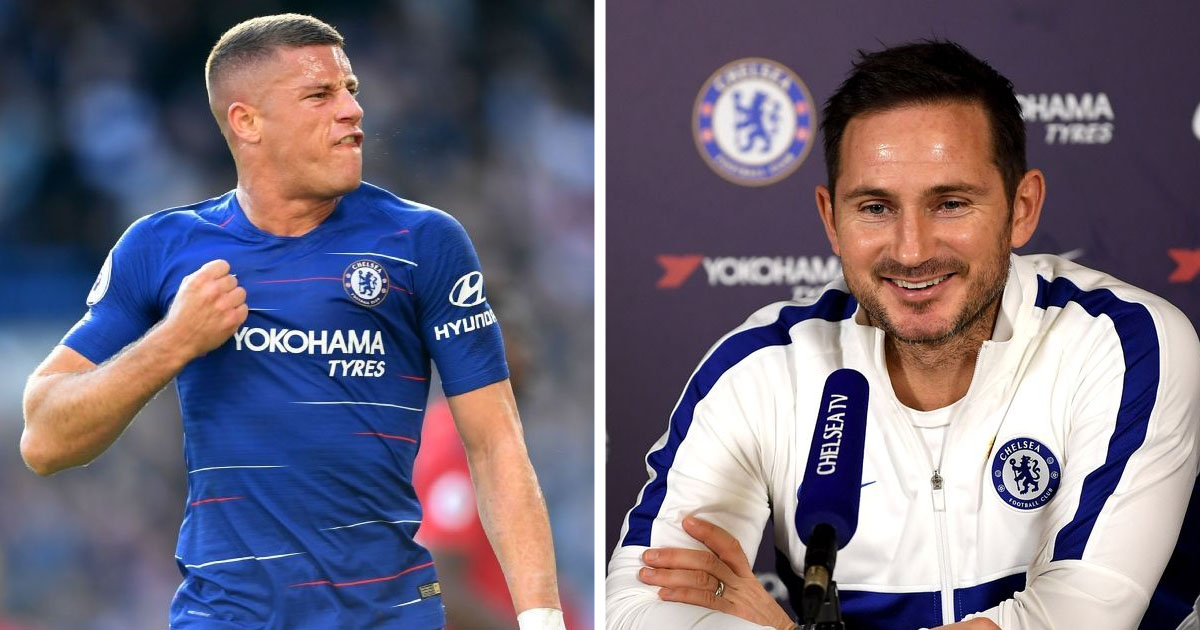 Ross Barkley has heaped praises on manager Frank Lampard for his winning mentality in the wake of Chelsea's 1-0 victory over Leicester City in the quarter-final of the FA Cup.

The England international believes Lampard's ruthless desire to win trophies will give Chelsea an extra edge in the competition and is hopeful that the Blues can possibly build on the momentum gained from the Leicester win.

"It’s the mentality of the club and the gaffer since he’s been back. He wants to win every game and it’s a trophy. Chelsea are a massive club, we win trophies every year and everyone’s motivated with every FA Cup game," said Barkley.

"Even before the lockdown, we had big results against big sides and since we’ve been back we beat Man City in the week, and at Leicester, against an excellent side, we won the game. It’s given us confidence and hopefully we continue with it."

The 26-year-old scored the winner from Willian's cross in the 63rd minute on Sunday as Chelsea came back strongly following the interval after a below-par display in the first half.

Barkley, who was a part of the Blues' most-recent 2017-18 FA Cup triumph under Antonio Conte, has enjoyed a renaissance in recent games following a disappointing first half of the season that saw him condemned to a long spell on the treatment table.

Here's a recap of Chelsea's 1-0 win vs Leicester:

The hard-fought win over Brendan Rodgers' side guaranteed the Blues a place in the semi-final of the FA Cup and they will now face Man United, who beat Norwich City 2-1, in mid-July.

Chelsea are seeking a ninth win overall in the competition and Lampard himself won the FA Cup 4 times over the course of his illustrious playing career at Stamford Bridge, so it's imperative to say that he knows what it takes to taste success at this level.

Ross Barkley highlights 2 factors that played major role in his goal vs Leicester
50
4
8 days ago
'Attitude spot on': Frank Lampard praises Ross Barkley after a string of excellent games
66
30
9 days ago
Barkley reveals how Lampard helped the team turn Leicester tie around at half-time
60
32
9 days ago

So full of himself. Can't even replicate his form at Everton for Chelsea. Though you scored, you played very badly.

Though Barkley scored a decisive goal he was so selfish against Leicester. He avoided passing to Pedro twice who was in a better position to score than Loftus. Barkley please stop this Englishman!!

please stop your nonsense comments about English men complex bias attitude..you do not deserve to be the real Chelsea's fan.. am fed of negative comments about the superior inferior complexity.