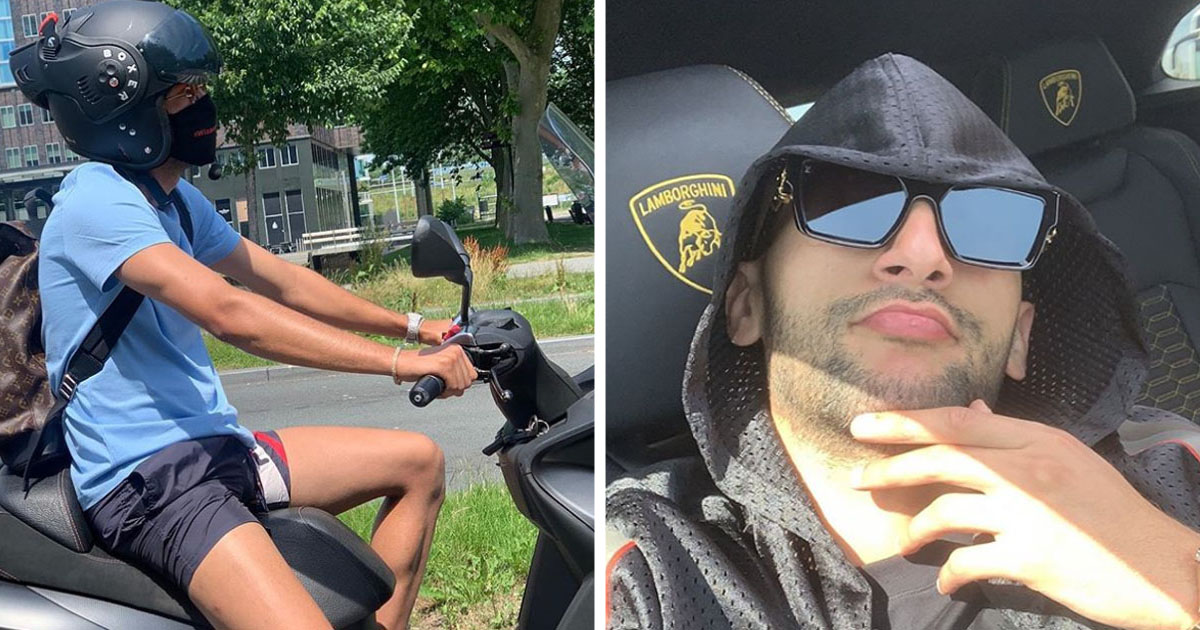 The Moroccan is set to officially become a Chelsea player from July 1 onwards and Tribuna.com scans through his Instagram account to throw light on some of his passions away from the football pitch.

There hasn't been any shortage of excitement among the Chelsea fans surrounding the arrival of Hakim Ziyech over the past few months ever since the Blues successfully negotiated a deal with Ajax back in February to sign the playmaker this summer.

And the long wait is finally coming to an end, with the Moroccan set to complete his transfer to West London on July 1. The fans, though, will need to wait for another couple of months to actually see him don Chelsea's famous blue shirt when the 2020-21 campaign gets underway.

Indeed, we are all very much aware of his qualities as an attacking midfielder while his exploits at Ajax over the past few seasons have been nothing short of phenomenal.

Well, that's pretty much obvious, but how about stuffing yourself with some information about some of his interests off the pitch?

A brief look at his Instagram account is enough to know that Ziyech has a very good taste when it comes to fashion and he spends a lot of his time away from the field on cars and bikes, with the Moroccan apparently having a special liking for Lamborghinis.

Most recently, the 27-year-old posted a snap of himself riding a stylish scooter on Instagram with an emoji.

This post dated about five weeks back shows Ziyech sitting comfortably in a Lamborghini and flaunting a wireless headphone while talking face-to-face with another person. It bears an intriguing caption too that reads: "True human connection is found at the level of pure consciousness."

Earlier this year in April, Ziyech posted yet another shot of himself in a Lamborghini flaunting stylish shades and a branded wristwatch. This too had an interesting caption that read: "The way to get started is to quit talking and begin doing."

This post was preceded by a similar one back in March.

This post dated December 30, 2019, shows another outrageous snap of the Moroccan with a caption: "You can't succeed if you don't know what losing is".

That pretty much sums up his inspirational rags-to-riches tale from a street footballer in Dronten to a Champions League icon at Ajax.

And this one from November last year also lies testament to his love for Lamborghinis! Not for the first time, though, the post is decorated with a delicious caption: "The harder you work for something, the greater you’ll feel when you achieve it."

The excitement levels are bound to rise as Ziyech gets ready to embark on a new journey in English football with Chelsea.

The fans will be hoping for him to work his magic in the Premier League, but as far as his life away from the football pitch is concerned, it will definitely be an absolute treat to catch a glimpse of him driving a Lamborghini in the streets of West London!

Ziyech's Instagram account will probably be flooding with snaps of some of our very own Chelsea players in Lamborghinis and on bikes in the coming days.

Hakim Ziyech congratulates Chelsea with Leicester win on social media
90
10
8 days ago
'I’m proud to have worn the jersey of the best team in the Netherlands': Hakim Ziyech writes emotional farewell message to Ajax in wake of Chelsea move
96
25
9 days ago

ziyech please be careful, remember what we spent to buy your legs.

And tomorrow is 1st July we have been waiting for long