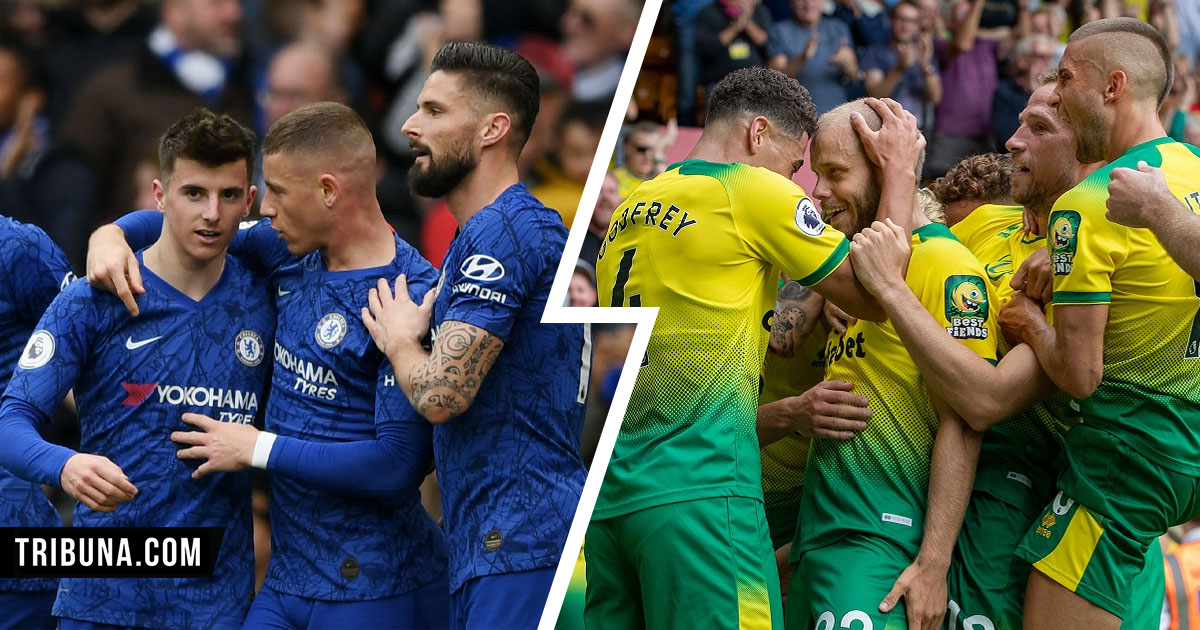 Here's everything you need to know about the upcoming clash at Stamford Bridge!

N’Golo Kante is still recovering from a hamstring injury, but Andreas Christensen has recovered from a knock sustained in Sheffield and is now available.

Fikayo Tomori is still out. Mateo Kovacic was back on the bench at Bramall Lane but Billy Gilmour is out for the season with a knee injury.

📋More stats to know (via Opta)

💬 Quotes from the managers

"We've got a few games now, we know that. We want to win them and then see if it gets us European, Champions League football for next season. I was never pinning my hopes on it being an extra team getting in or not, we worry about ourselves.

"If we win enough games now we can get into the Champions League. We are sitting third, it is in our hands. I wouldn’t want the players to be thinking that there is an extra place, can we relax a little more? It can’t be the way.

"The pressure is there to get Champions League football. It is just what happened [with City], it is clear now. It’s the position and we have to fight for it."

"I'd have preferred to play Chelsea in a more comfortable situation, they'll be highly motivated to earn their Champions League position. We don't want to win to upset Chelsea, but make our fans proud.

Once we have a spotless day, we can even win points against a top side like Manchester City or Chelsea. If players don't reach their limit, we cannot win. We must reach this level against Chelsea. We want to prove when we're good in our topics we are able to win points."

I would put Kovacic as the pivot

You still want James? He has been the worst among our defenders after the restart.

Stephen Busuyi Ayeni, Jorginho was the problem.. acting like he's playing good football when he's not.. James can beat a man.. James can assist.. James can also score... the team needs a man I the middle to create.. not just only back and side passes to the defense which jorgihno is fully capable of... that heaps pressure on the defense and the other five player upfront, forcing them to get all the way back, putting the entire team under pressure..... jorgihno is useless...

Stephen Busuyi Ayeni,he is rather doing a beat well than that Christensen guy and Barkley

delly fire, Jorginho is best midfielders we have man he calms the game down he’s better than Barkley

Pascal Lux Ehimhen, Best Who.. ? What does Jorginho contribute to the team... calm things down..? by playing the ball sideways and backwards... Ross Barkley is far better than Jorginho. Ross will score and assist... that is the most important thing... scoring and winning.. not calm thing down when under 4-0.

For the sake of God please Kovacic and Jorginho should be on the starting lineup. Barkley is the worst midfielder at Chelsea right now I can’t believe I will say mason is better than him but he is

I don't care who play or not, all we need in our last three matches is 5 points, one win and two draw at least all they need fighting spirit and courage