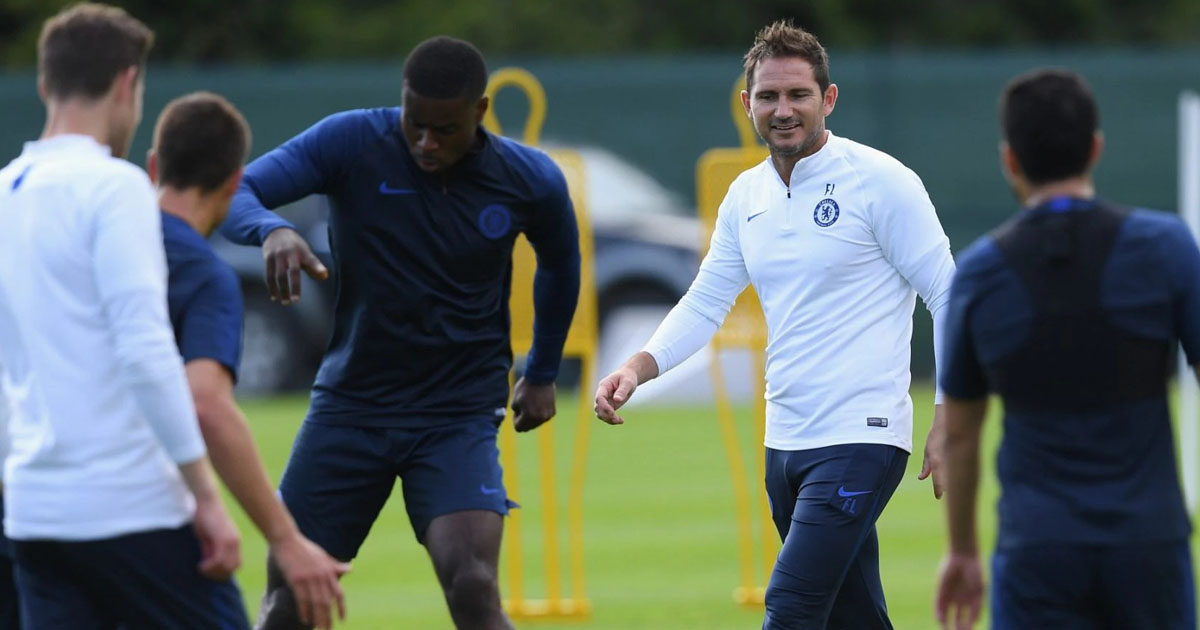 5 Chelsea players Lampard isn't counting on for next season

The Blues have been tipped to compete with Liverpool & Man City for the PL title next season, so they'll only need to keep the best and clear out the rest! Tribuna.com takes a look at 5 Chelsea stars who could be out-of-favour next term.

Jorginho was Chelsea's undisputed first-choice regista prior to the lockdown but the Italy international found regular minutes hard to come by following the restart, with Lampard opting for N'Golo Kante in the holding midfield role.

Speculations of a reunion with Maurizio Sarri at Juventus have been rife and the 28-year-old's agent has confirmed such links to Turin.

Lampard has hailed him as a 'top-quality' player but Jorginho's days at Stamford Bridge could be numbered for a number of reasons, ranging from his lack of defensive awareness to the availability of more dynamic options.

The Spaniard has been criticised several times this season for failing to keep the ball out of the net from distance, not to mention his ineptness in dealing with aerial balls and crosses delivered into the box.

Stats show that the 25-year-old has been the worst-ever goalkeeper in the history of the PL. That, coupled with his omission from Chelsea's starting XI in the final game of the season against Wolves, is a clear statement that Lampard has lost trust in his abilities.

The Sun recently reported that the 25-year-old, who is currently on £150,000-a-week at Stamford Bridge, is willing to take a pay cut to leave Chelsea, although reports elsewhere have suggested that the Blues won't consider selling him for anything below £50m.

A regular fixture in Lampard's starting XI during the first half of the previous campaign, Emerson lost his place all of a sudden before the lockdown following a string of poor defensive displays and has since cut a forlorn figure on the bench.

The 25-year-old's only start since the resumption of the campaign came in the FA Cup quarter-final win against Leicester.

Lampard is believed to be scouring the market for a new left-back while Emerson himself has been linked with a move to Inter Milan, so that paints a clear picture.

A return of 6 goals in 24 appearances across all competitions this season isn't a bad result for Batshuayi, who has very rarely been selected as a starter by Lampard.

The Belgian international started just once in the PL last season, struggling to compete with Giroud and Tammy Abraham for the No.9 role.

Now, with Timo Werner expected to lead the line for the Blues next term, it seems pretty clear that Batshuayi will need to seek a move away from Stamford Bridge to rejuvenate his career.

Frank Lampard's frustration with the Belgian was evident after a photo from an in-house game between the Blues: Batshuayi was one of just two players without a squad number and was not included in either team.

Chelsea have already spent close to £80 million on Timo Werner and Hakim Ziyech and will need to get rid of the deadwood in their ranks to bolster their transfer kitty for further reinvestment.

The likes of Tiemoue Bakayoko, Danny Drinkwater, Victor Moses, Baba Rahman, and Davide Zappacosta have already been deemed surplus to requirements and are currently spending time in the club's loan army.

To that end, it would be a real bonus if the Blues manage to find potential suitors for some of their wantaway stars!

Which other names would you like to add to the list? Let us know in the comments or join our new blogging platform!

Why it will be difficult for Chelsea to get rid of Batshuayi: explained in 6 sentences
27
16
5 months ago
Chelsea 'have no intention' to sell Emerson to Inter Milan for anything lower than asking price
79
9
4 months ago

whatever is good for the club, pls do so to keep us competitive.

danu
4 months ago
•••
Reply to a comment by solo

don't talk like that let's them do what is right.