Tribuna
/
Chelsea
/
News
/
Lampard: 'Certain circumstances conspired against us in the game' 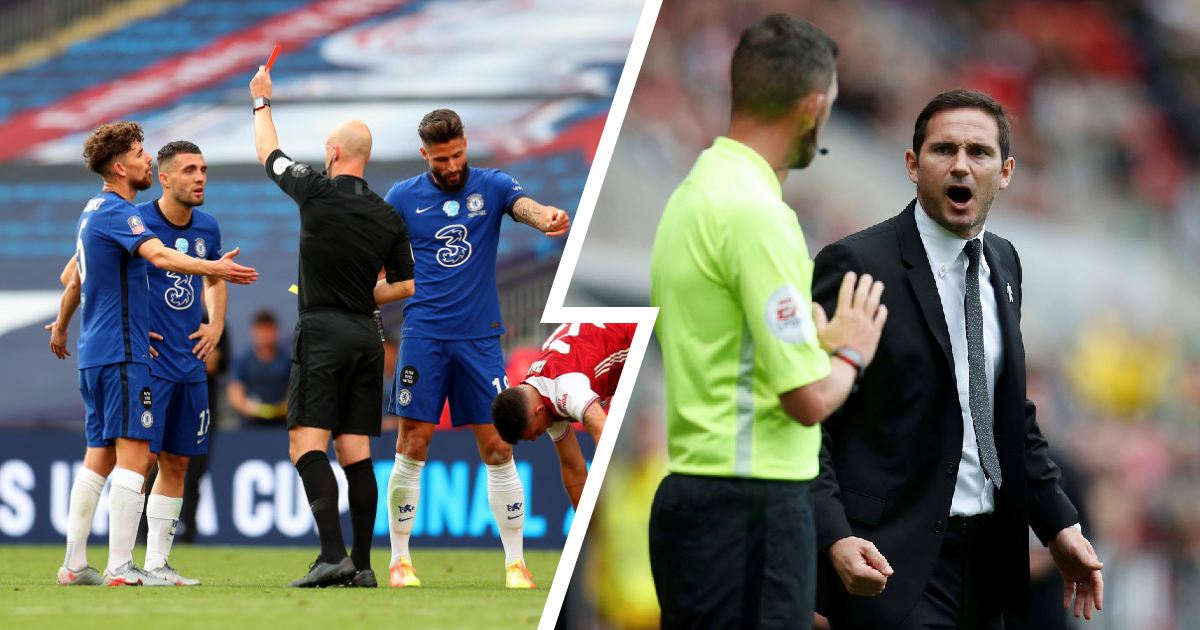 Lampard: 'Certain circumstances conspired against us in the game'

Lampard told the media after the FA Cup final loss (via Goal): "We had a great start, control of the game but at that point, we started getting sloppy and not ramming it home.

"We got slower in our game, changed the tone of it. Certain circumstances conspired against us in the game.

"I thought it was a penalty and it wasn't a sending off, that was pretty clear."

Anthony Taylor sent off Mateo Kovacic after handing out an underserved second yellow card to the midfielder. Moreover, he failed to notice Arsenal goalkeeper Martinez handling the ball outside the box and gave almost no decisions in Chelsea's favour.

While Lampard's management and the team's performance was off the mark tonight, the refereeing was even worse and things could have ended differently had Taylor not forgotten to attach his brain before he entered Wembley today!

What are your comments on Taylor's performance? Let us know your thoughts down below or use our blogging platform to have your say!

He's not that new, he's been playing for them three years ago too!

Bad performance by ref but our defence is to easily opened up. We need to change the back line. Desparately.

agree with you. our defenders needs to know that the forward need the ball more than them. but they keep the ball for a minute or more before crossing.

No, our defenders might not be bad individually,, what lampard should do is to organise the defense well and stop ignoring it, he should build the team from back

Prince mark, you may be right there too. he should do something to avoid disaster in next season

the ref was a disgrace to his profession