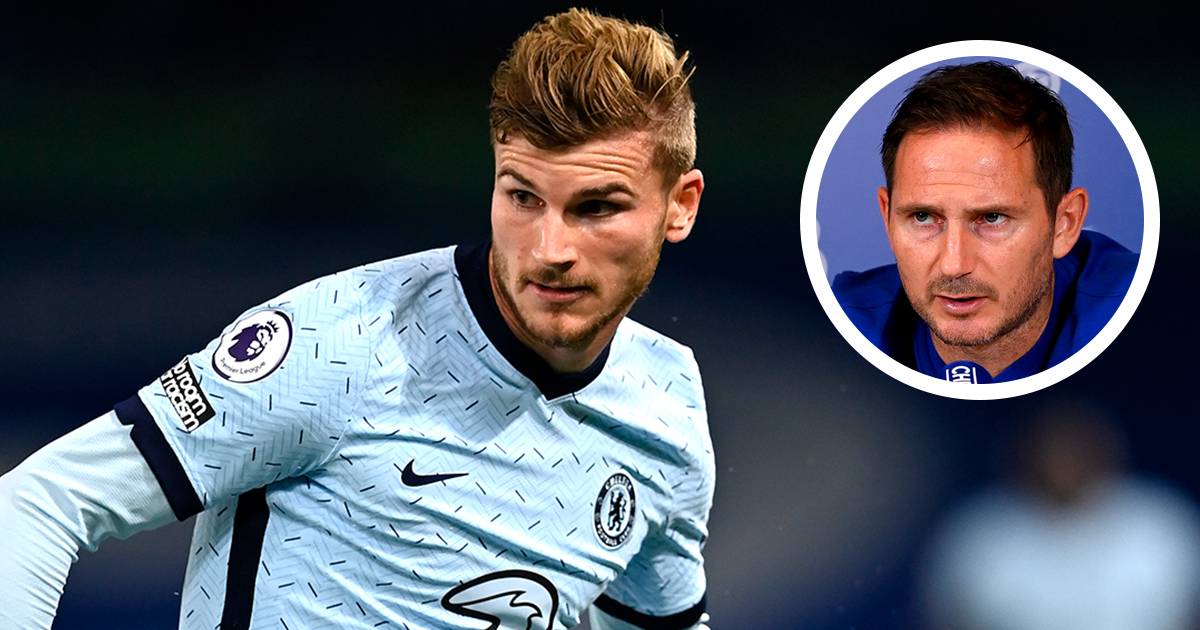 "I asked some people about him," Frank Lampard said of Timo Werner, quoted by the Blues' official website. "We had a player who was on loan at Leipzig last year, Ethan Ampadu, which was an obvious connection. There are easy ways to look into player’s lives in the modern day with social media and all of that.

"To me, the biggest factor is you can always hear things second or third-hand about how somebody is, but it’s not until you speak to them and get that interaction going that you start to have that feel for the person and their hunger and their drive, and how they are and their humility.

"When I did speak to Timo, I felt that from him instantly. What I’ve seen from him on the training ground is a low-maintenance player, which I love. He just wants to train and work and give everything which is a huge plus for the team.

"Timo has shown that already, I’m sure it’s not changing, and I’m sure that’ll be a big part of the successful career I truly believe he will have here as a Chelsea player."

Werner made his official debut for Chelsea in the Premier League opener against Brighton. The striker didn't score; however, he was one of the best players on the pitch and earned a penalty for the Blues' first goal.

Timo Werner: 'If LFC call, you have to listen. But at Chelsea, whole package was better for me'
171
14
2 months ago
'If just one fan donates 10 euros because I'm involved, then that's great': Timo Werner becomes first Chelsea player to join Common Goal initiative
174
12
2 months ago
'He said it’s fun to play here, it’s a big club': Werner details Rudiger's role in convincing him to join Chelsea
172
11
2 months ago
'It's hard': Frank Lampard calls for patience as he searches for best set-up for Havertz and Werner
172
76
2 months ago

We pray for victory come what may tomorrow, insha'Allah

Keep soaring high Timo. We are happy to have you.