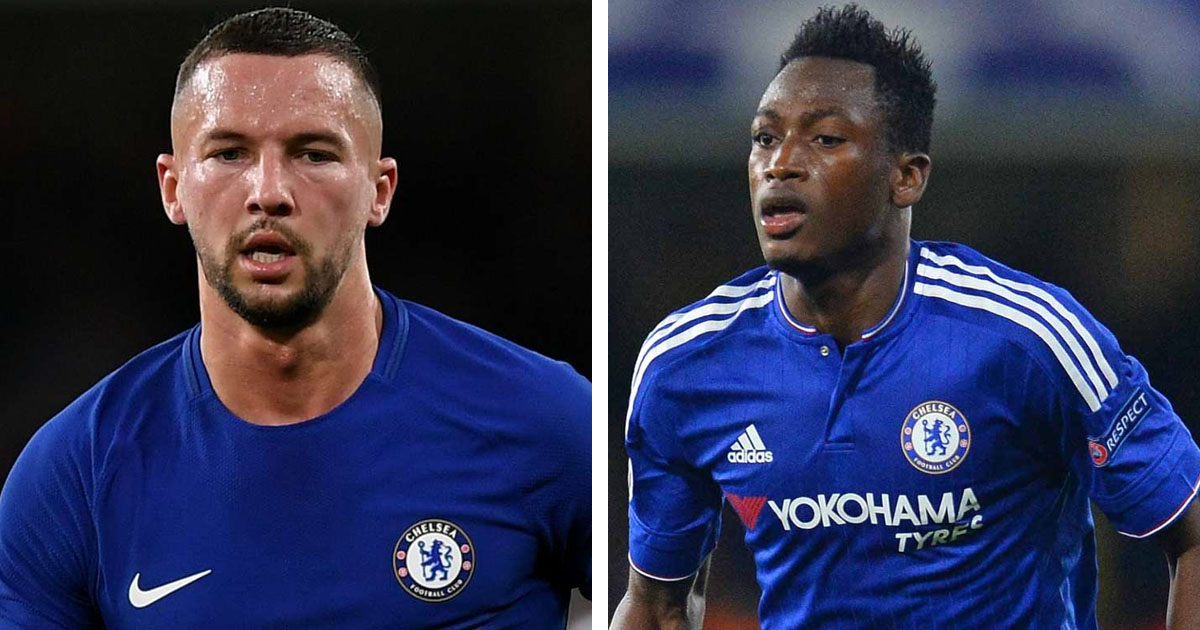 Musonda, Kenedy & more: 7 players you won’t believe still have a contract at Chelsea

Some of these names have become so irrelevant they're almost unrecognizable.

Chelsea have had the problem of having too many players in their squad over the last decade or so, forcing them to loan out players they’re unable to sell. This season also they’ve loaned out 14 players to different clubs just so they aren’t made to sit on the sidelines.

While loaned out players like Ross Barkley, Ruben Loftus-Cheek and Tiemoue Bakayoko are still well recognized among the fanbase, there are some who couldn’t even manage a loan deal this summer, which means they’re still on the club’s payroll. Here are 5 players who astonishingly still have contracts at Chelsea.

Baba Rahman was loaned out to Mallorca last season and injury troubles after returning from loan meant he couldn’t be sold this time. He remains sitting on the sidelines, an outcast from the first-team with 2 years remaining on his deal.

Under Antonio Conte, Moses was a regular at Chelsea pacing up and down the right-wing. But he’s fallen far below the pecking order since then and after a loan spell at Inter Milan last season, he’s also sitting at home. With only one year remaining on his contract, it’s likely that he’ll leave next year for free.

Drinkwater was signed with high hopes but just hasn’t worked out at Stamford Bridge. His reckless personal lifestyle and injury problems haven’t allowed Chelsea to sell him, as Drinkwater happily sits ideal with two years remaining on his contract.

Coming through Chelsea’s youth system, there was a lot of hope on Musonda being a future star for the Blues. Instead, his performances have gone down over the years and a few failed loan spells means he remains on the club’s books with 2 years on his contract.

While he might be owned by Chelsea, Van Ginkel has spent so much time at PSV he may as well be their player. The midfielder has spent the last 4 years on loan at the Dutch club and was loaned again this summer, as it's quite confusing why the Blues just aren't able to sell Van Ginkel to PSV permanently.

Another player brought to solve our left-back issues, Kenedy has now been loaned out to Granada after spending last season on loan at Getafe. He’s spent the last 3 years at loan, but is still owned by a Chelsea and on a contract with the Blues.

Signed by Chelsea in 2016, American defender Miazga just hasn’t worked out at Stamford Bridge. He’s only made 2 appearances for us and played all around Europe in the last few years in different loan deals. The 25-year-old’s currently on loan at Anderlecht and will probably continue to be loaned till his contract expires two years later.

Editorial
10-year-plan: how old Chelsea's best youngsters will be in 2030
183
16
2 months ago
The Athletic: Rudiger prefers Spurs, Lampard reluctant to sell to direct rival (reliability: 5 stars)
107
30
1 month ago
Editorial
7 players Chelsea might sell or loan out before new season start
132
81
3 months ago
Eddie Newton's expected to step back from assistant coach role to focus on loanees and scouting
21
0
11 months ago

Victor Moses ought to at least be given a chance under Lampard. If CHO and RLC can play under Lampard, Moses should be able to play too.

no one is ever irrelevant or forgotten by a true blue