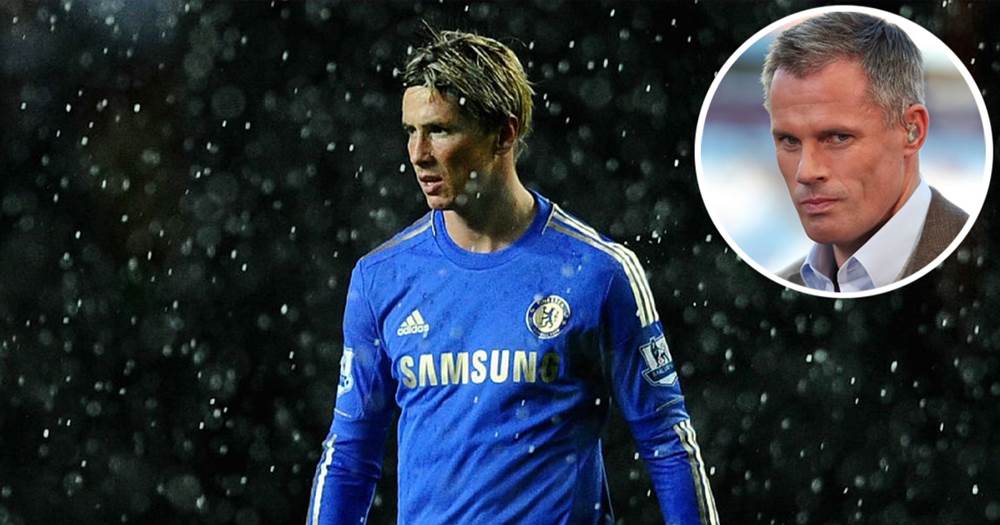 Carragher: 'We didn't want to stop Torres signing for Chelsea. His time was done'

Former Liverpool defender Jamie Carragher remembered the most important games between his old club and Chelsea in recent history.

One of the games he picked was the Blues' 1-0 defeat at home on 6 February 2011 in what was the first showdown between the sides after Fernando Torres changed colours.

Less than two weeks before, the Spanish striker moved to Stamford Bridge for a record £50m fee paid by a British club. On that day, however, Torres was subdued which was no surprise for Carragher, the latter claims.

"We didn't want to stop Torres signing for Chelsea," the ex-Red told Sky Sports. "His time was done - £50m was more than enough, we couldn't believe it. I was shocked by the money they paid.

"I knew he'd wanted to go from the summer, he hadn't had a great 18 months, he went in January, but his one good game that season was against Chelsea at Anfield when we beat them 2-0 and he scored both.

"We knew he wasn't the Torres when he'd first arrived [with Chelsea]. I thought it was a mistake by Carlo Ancelotti to play him in that game.

"He'd just signed, it's against Liverpool. It's a big game, I didn't feel sorry for him but to go in against your old club, getting a lot of stick, I think it affected him for his whole time at Chelsea."

Maybe, Torres did not score for Chelsea as often as he did for Liverpool. Still, some of those goals were really memorable.

Terry to Torres: 'I was delighted when we signed you just so I didn’t have to play against you anymore'
44 9
8 months ago

why do we only talk about the goal against Barcelona, have we forgotten the corner he gave to us for the equalizer against Bayern Munich? In fact, Torres was never a flop at Chelsea. He wasn't scoring goals as expected but created scoring chances

TORRES will be forever in the Chelsea books because of the magic he did against Barcelona. We didn't waste our money.