Petr Cech is Chelsea's Goalkeeper of the Decade, according to Tribuna.com users. 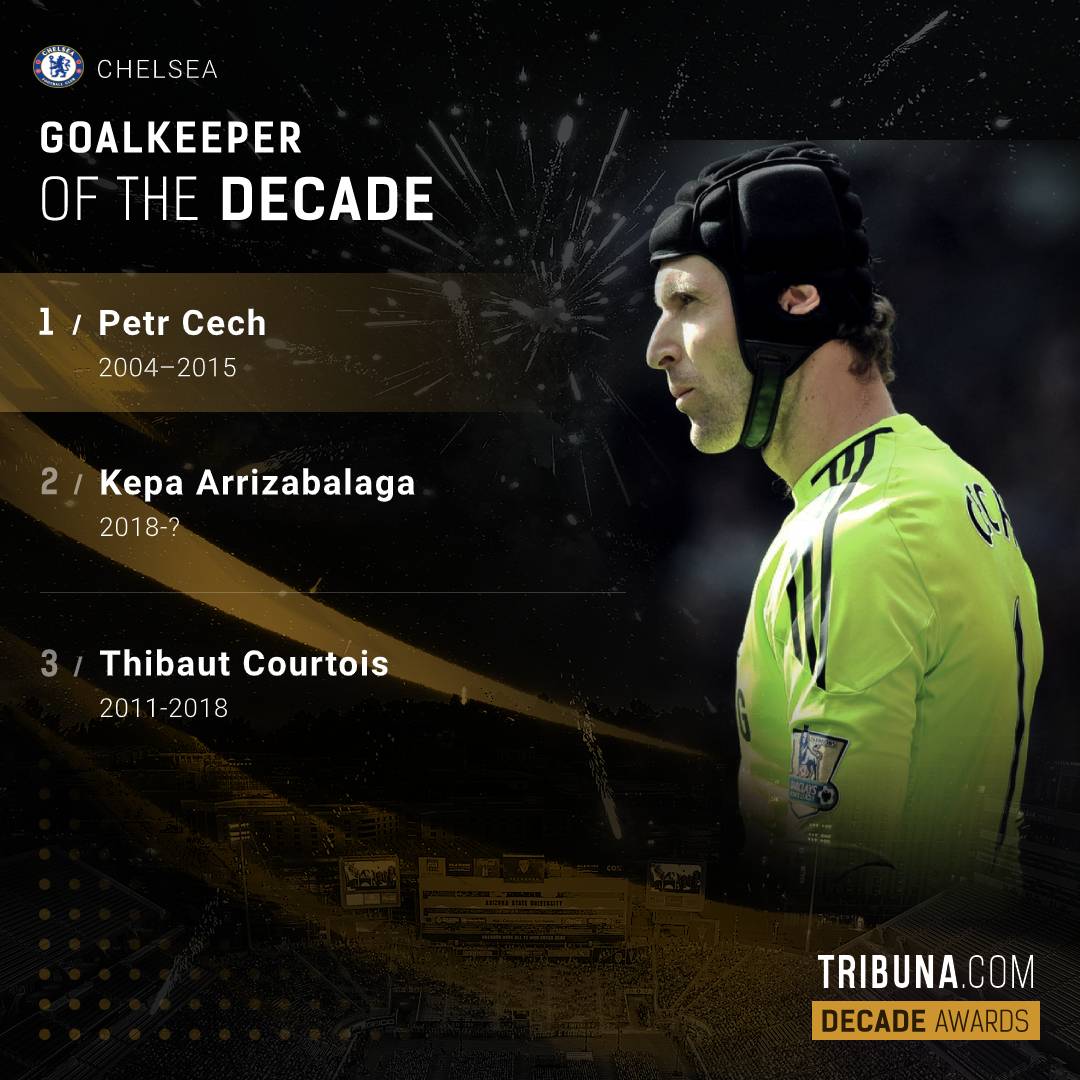 The 37-year-old becomes the choice of more than 80 per cent Chelsea fans, getting ahead of the current goalkeeper Kepa Arrizabalaga. Thibaut Courtois finishes in the last place.

The Czech Republic icon joined Chelsea in the summer of 2004 from Rennes, instantly cementing his place as the first-choice goalkeeper in Jose Mourinho's record-breaking side.

The shot-stopper remained at Stamford Bridge until 2015 before moving to Arsenal where he spent the last 4 years of his playing career.

Cech made his Chelsea return in the summer, joining Frank Lampard's backroom staff as a technical and performance advisor.

We didn't get Alison from Roma. But we should go all the way to bring Athletico Madrid GK Oblak. he can be a valuable asset for us. Till now i am not happy with Kepa.

Nilesh Sookharry2 months ago
Reply to a comment by shifas ts

oblak won't even think of joining us🤣. Anyway give Kepa time, he's a young goalie and although he has made quite a few errors this season he has also shown glimpses of heroism. I have no doubt he'll develop into a world class goalie in 3-4 yrs at Chelsea

shifas ts2 months ago
Reply to a comment by Nilesh Sookharry

Nilesh Sookharry, bro..Till now he is really a bad keeper for us. his positioning is always wrong. But i hope he will become a great GK for us.

who said Kepa is better than any goalie in the world, sorry to say this but the guy is really below all the requirments, Chelsea needs to get another goal keeper ASAP

Kepa used Spanish juju on Chelsea. Even Peter Cech now, no doubt, is better than Kepa