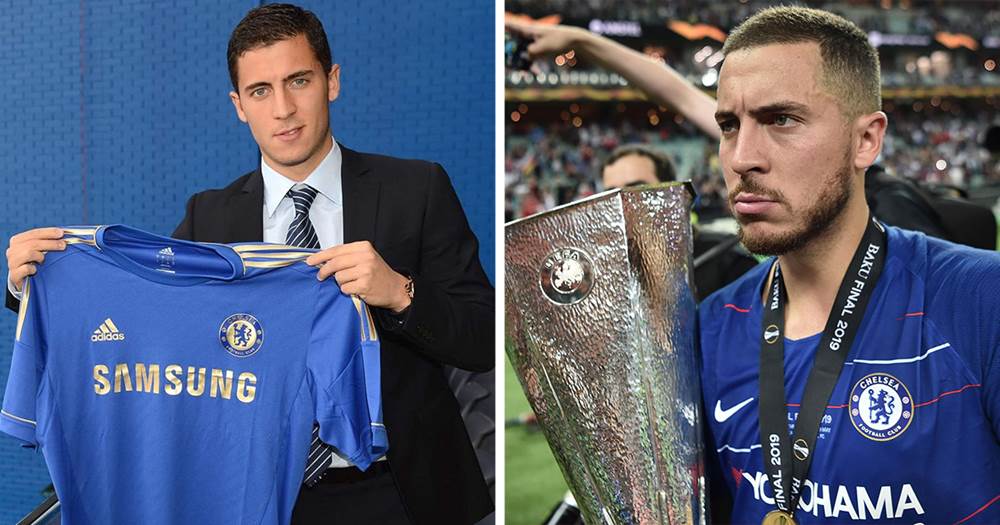 Eden Hazard celebrates his 29th birthday today - do you consider him a Chelsea great?

What would you tell Eden on his birthday?

Eden Hazard has turned 29 today! Although the Belgian left for Real Madrid, he remains one of the biggest Chelsea players of the recent times.

Hazard joined Chelsea on 4 June 2012 in a £32m move from Lille. In 7 seasons at Stamford Bridge, Eden made 352 appearances for the club, scored 110 goals and recorded 92 assists. The ace helped the Blues to win 6 major trophies, including two Premier League titles and two Europa Leagues.

It would be incredible to have Hazard back one day, wouldn't it?

In summer 2019, the Belgian completed his dream move to Real Madrid for an initially reported fee of around €100m which may rise to €146.1m.

Hazard has played 13 games for Los Blancos so far, scoring one goal and providing 4 assists. The attacker has missed 12 matches due to injuries.

Although the 29-year-old is no longer part of Chelsea, he stays a Blue. Eden has revealed that he follows Frank Lampard's side's progress, congratulated his former team on the 2-0 win over Tottenham and even made a promise to come back to the Bridge once his Madrid mission is over.

Of course he's one of our greatest players. He will forever be remembered here, no matter the club he plays for currently.

Yes of course! He'll always remember as Chelsea player, not just player but also a legend.

God bless u my brother...

Let them knw only is brilliance kount wen we need him.

Let them knw only is brilliance kount wen we need him.....

Nowayout 15 days ago
Reply to a comment by Jerry G