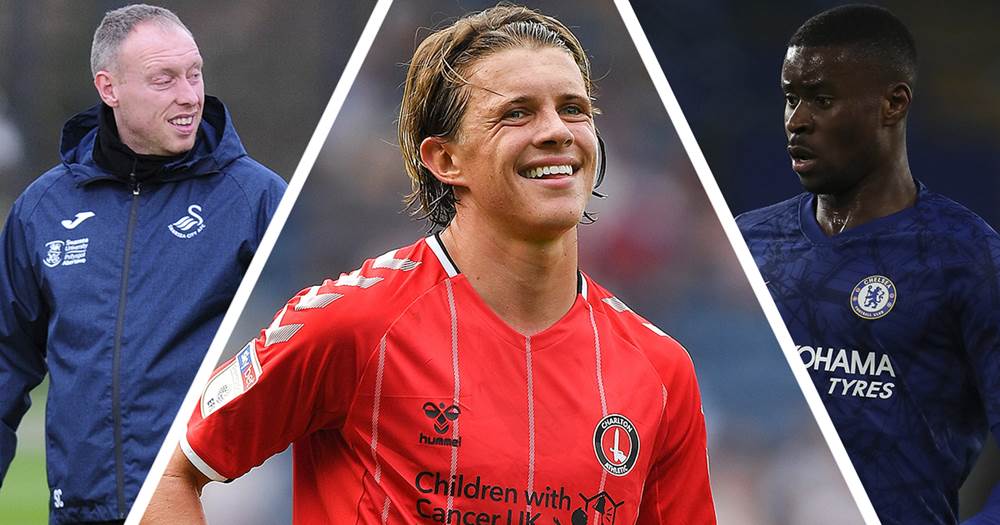 Chelsea have recalled Conor Gallagher from his loan spell at Charlton Athletic. According to The Telegraph, the 19-year-old is about to join Swansea City.

The Jacks' boss Steve Cooper is trying to build quite an interesting side. The 40-year-old has already added Liverpool youngster Rhian Brewster and another Chelsea kid Marc Guehi to his squad.

The thing is Brewster, Guehi and Gallagher all played under Cooper and led England U17s to the semi-finals of the 2018 UEFA European U17 Championship, where they lost to the Netherlands on penalties.

Gallagher has been impressive this season so far. The 19-year-old made 26 appearances for Charlton, missing only one Championship game due to yellow card suspension, scored 6 goals and provided 3 assists.

Despite the midfielder's impact, the Addicks are fighting just 5 points above the relegation zone at the moment. The Blues are eager to find a side which could give Conor more opportunities to improve. Cooper's Swansea might be exactly what they are looking for.

Judah Allen7 days ago
Reply to a comment by Lord Savage

He deserves a chance, he's developed well, & is an important player for Atalanta

Lord Savage6 days ago
Reply to a comment by Judah Allen

He can only be brought back when he is not playing, besides, he is not English so Lampard wouldn’t see him as good as we do, the guy is doing wonders in Atlanta.