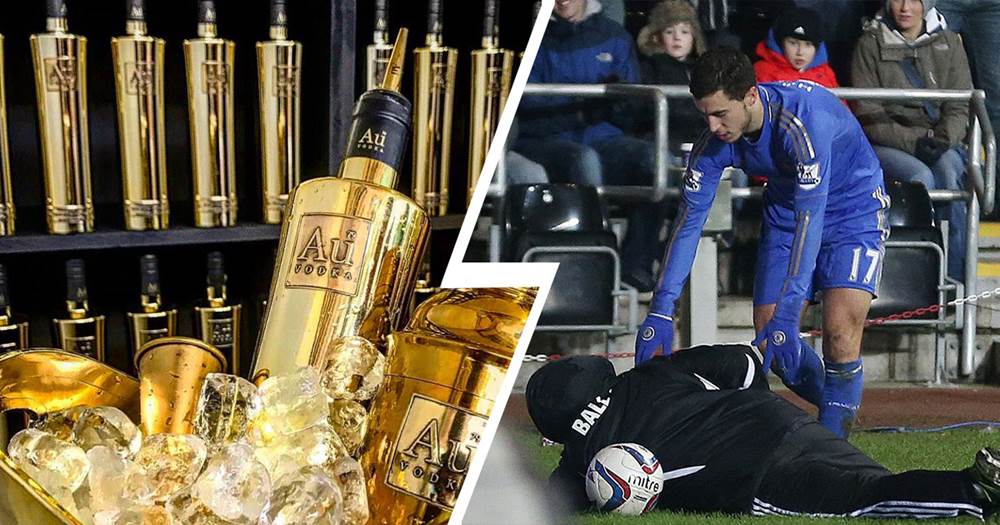 On the evening of January 23, 2013, Eden Hazard had butt-kicked the future owner of a British company called 'Au Vodka', who didn't want the Belgian to have the ball.

Just like any other story of business success, Swansea ball boy Charlie Morgan had to endure some hardship before becoming a successful businessman.

Who'd have thought that this hardship would include getting butt-kicked by Eden Hazard who wanted to regain the ball in the midst of the Capital One Cup semi-final second leg clash?

Swansea were leading comfortably 2-0 after the first leg of the clash and time was of the essence. So, there's no wonder the then Chelsea player Eden Hazard gave the scheming ball boy a good kicking after the latter refused to give away the ball which went out for the corner kick.

Charlie Morgan began to roll around in pain and Eden Hazard saw a straight red card and was later handed a three-match ban.

Hazard, meanwhile, offered his sincere apologies: "The boy put his whole body on to the ball and I was just trying to kick the ball," the Belgian striker told Chelsea TV afterwards.

"I think I kicked the ball and not the boy. I apologise. The ballboy came in the changing room and we had a quick chat. I apologised and the boy apologised as well, and it is over. Sorry."

No legal actions were taken and Charlie Morgan, who became cult Twitter personality overnight, took to Twitter to confirm he won't be pressing any charges.

Charlie Morgan's numbers on social media skyrocketed after the game. His followers on Twitter increased by 15,000% to over 100,000 and he even got his account verified. Then 17, the teen went on to appear in several newspapers.

7 years on and the son of Swansea City's biggest shareholders, Martin Morgan has become a successful entrepreneur.

Morgan is currently the co-owner of a British brand called 'Au Vodka', which has become the best selling alcoholic drink in the UK market.

"Inspired by gold, Au Vodka incorporates the periodic table where gold is a chemical element with the symbol Au and atomic number 79." their website reads.

Sometimes all it takes is a good butt-kick from the famous footballer, eh?

'Not a top player, another level above': Pep Guardiola blames Real Madrid for Eden Hazard's sluggish start to life in Spain
30 20
13 days ago

What’s the hardship there huh you said it yourself that he’s a son of the club’s biggest shareholder meaning he’s the son of a rich man so what do you expect let’s be realistic there’s no hardship there cause you didn’t mention any hardship he went through other than Hazard kicking him so just cut the crap and let’s focus on our own club instead of poke nosing into someone else business.

he got what he deserved that day. the boy was supposed to be banned for what he did. we were two goals down, the self acclaimed king of ball boy holding on to the ball. he was lucky it wasn't ibrahimovic