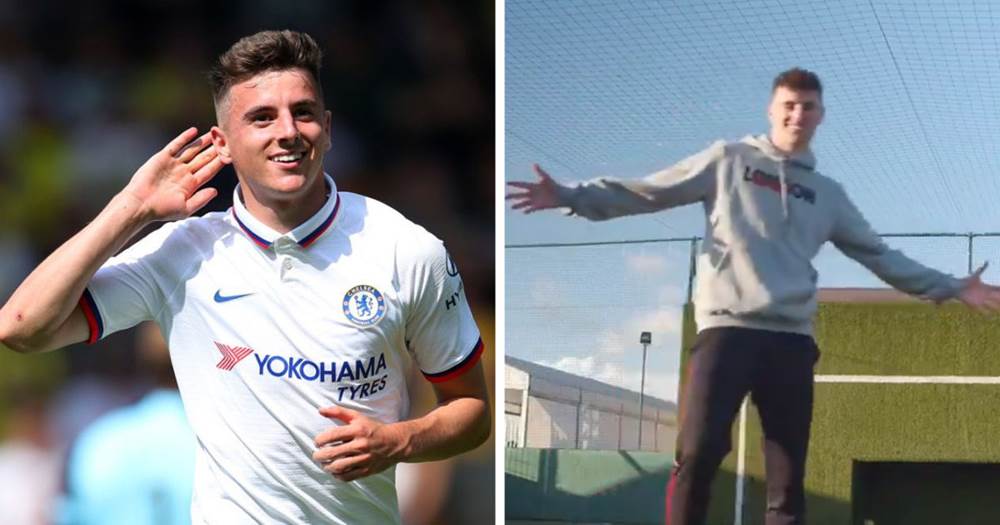 The excitement levels at Stamford Bridge are reaching sky-high after a deal for star playmaker Hakim Ziyech but Mason Mount reminds that he is ready to compete for his place in the eleven next season.

Hakim Ziyech is certainly the hottest topic of discussion among the Chelsea fans at the moment but our very own Mason Mount can't be ignored by any means.

The 21-year-old fired a powerful drive into the top right corner of the net during a training session on Thursday before turning to the camera and saying: "Top Bins."

The video was posted on the Blues official Twitter account with a caption: 'Stop. That. @MasonMount_10,' with a 'mind blown' emoji.

Indeed, that was a timely reminder of the 21-year-old's talent that has seen him excel in his breakthrough season at Stamford Bridge and also earn himself a senior England cap.

Mount's spot in Lampard's starting eleven looks in serious jeopardy when Ziyech arrives in the summer but the manager might be faced with a serious selection dilemma if the youngster continues to find the top corner with such accuracy.

Mason mount,I like you a lot but you need to buckle up,cheek is back,and ziyech is coming,if you don't grow and fast,you will be the baby of the house in your position,and I hate to see that happen

remind us on the pitch lad..