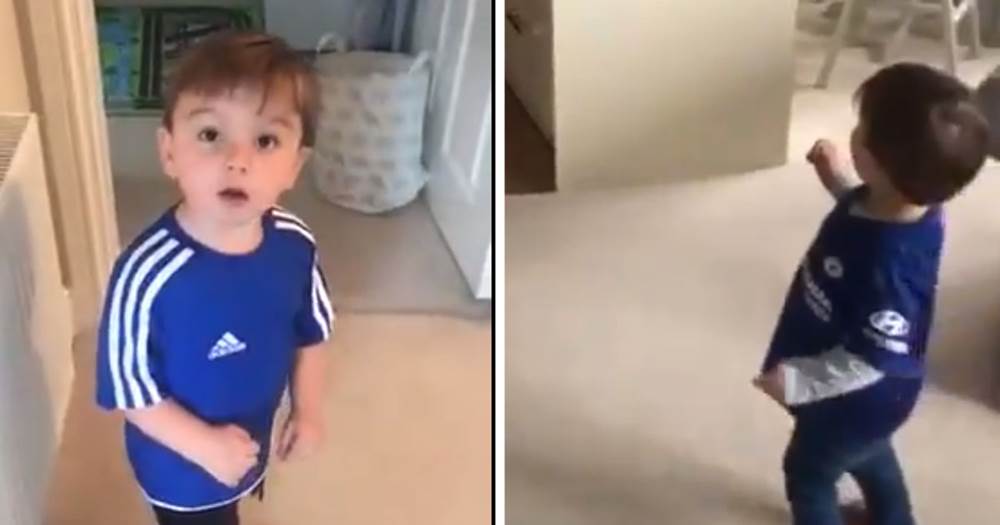 Forget Hakim Ziyech! This 2-year-old kid could be Chelsea's next left-footed gem

Excitement levels at Stamford Bridge are soaring higher than ever after a deal to the capture star playmaker Hakim Ziyech but it is certainly worth sparing a minute to take a look at 2-year-old Teddy.

Ziyech is yet to negotiate personal terms with Chelsea but has already been tipped as Chelsea's next left-footed gem after the likes of Florent Malouda and Juan Mata.

However, this 2-year-old kid named Teddy seems to be someone in a mould similar to the Moroccan.

Here's a small instance of his ability to curl the ball with his 'absolute peach' of a left foot.

Well, looks like a fluke, doesn't it? Perhaps not.

Here's another video of Teddy's ability to shoot accurately from a longer range, and oh boy! He can even put the ball into a basketball net with his left foot! That takes some doing.

The 2-year-old looks back at the camera with his cute little eyes, probably not knowing himself how he did it. But he will soon find himself in the club's academy moving forward if he continues to do what we are seeing in the video.