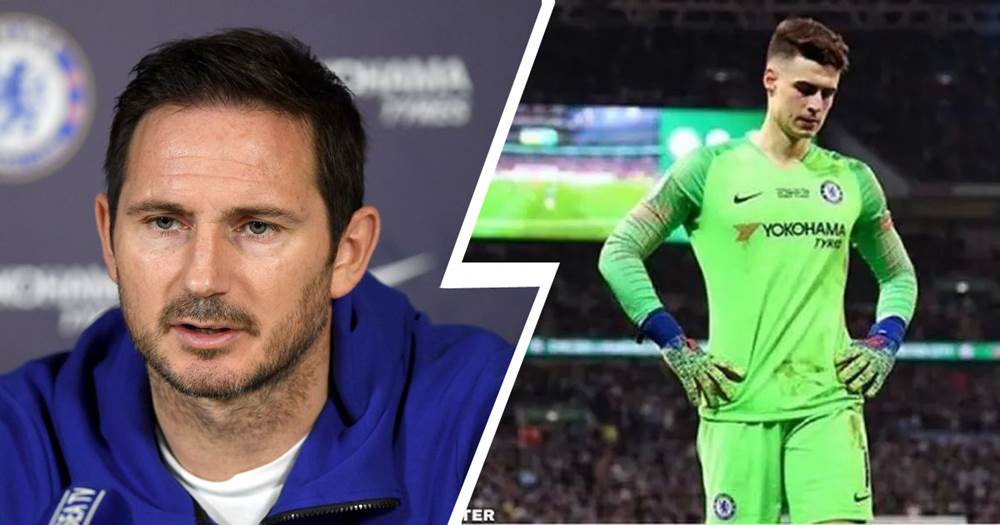 'I'm pleased with the reaction': Lampard provides reassuring update on Kepa ahead of Man United game

Earlier today, Frank Lampard revealed in his press conference that Kepa Arrizabalaga's reaction to being benched for the Leicester City game has been positive.

The manager also assured the fans that he has been talking regularly with the under-fire 25-year-old but has warned that the Spaniard's massive price tag doesn't guarantee an immediate return to the starting eleven.

"The reaction has been good as I would expect. I haven’t had lots of conversations with him. It’s a decision I will have to make," said Lampard in his press conference ahead of the Man United clash on Monday.

"It doesn’t matter when you came to the club, I don’t take into account the fee. It’s the training that counts."

Lampard remained tight-lipped when asked about a possible return for the Spaniard to the No.1 role in place of Willy Caballero on Monday evening.

"I have decided, and you’ll find out," added the manager, apparently unwilling to reveal key details about his selection.

The 41-year-old has further stated that dropping Kepa for the trip to Leicester City wasn't done with the intention of shaking him up, but it was just a mere selection for the game, insisting that he himself had to deal with such situations in his playing days.

"It wasn’t about giving him a jolt. It was just a selection on that day. I want everyone’s reaction spot on. I know how it will feel for him," said the Blues boss.

"I had it in my career, it is part and parcel. I am pleased with the reaction.

"I deal with the players as it feels right. I am open and straight with them."

Shaka Hislop explains why Kepa should be brought back as No.1 for Man United game (video)
44 20
7 days ago

John Etudor Hey Frank I drove my cap for that positive decision. Sure Kepa had no option than to comply . watch his return in between the post I bet his gonna be more responsible.

kepa is not a good goal keeper, he is just lucky,