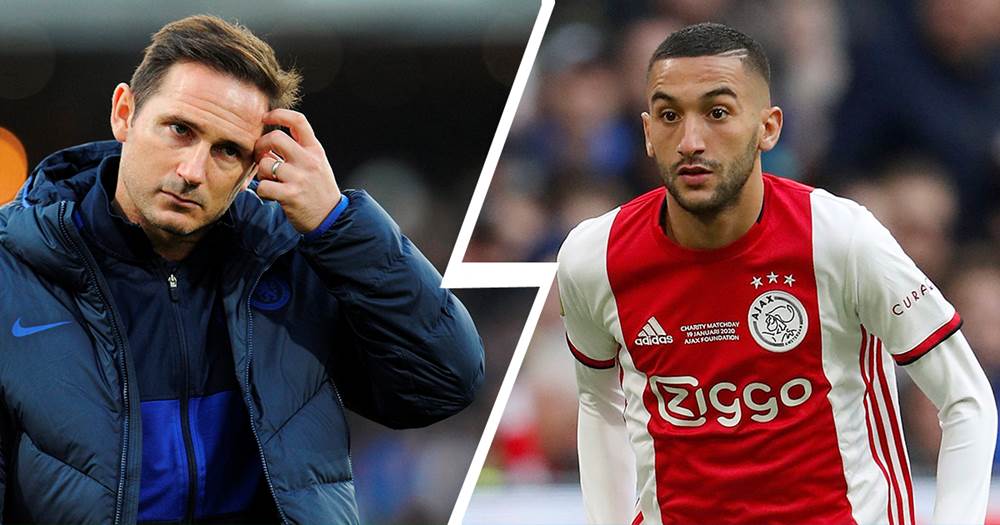 The Chelsea boss is all buzzing with our new acquisition. Moreover, he admits following Hakim's progress for a while now.

"I know his qualities," the boss told Chelseafc.com. "He's a player we hope can bring creativity."

"He first came to my attention watching him play in Ajax's Champions League run last year and I thought he was one of their standout players, particularly in the games against Tottenham.

"This season, we've come up against him twice so I know a lot about him. He has a great left foot, plays generally off the right-hand side but can play in behind the frontman as well.

The boss already knows where and how to use the Morocco international come next season.

"When you look at us this season, there have been games where we've maybe struggled to unlock the door and he's certainly a player who we hope can bring that bit of creativity.

"He will be something different for us so we're excited. I know he's not coming in now but I think it's exciting for us as a club and for the fans to know that he'll be here next year."

Chelsea successfully negotiated a deal with Ajax on Thursday over a summer move for star playmaker Hakim Ziyech, who is set to become Frank Lampard's first signing since taking over as the manager at Stamford Bridge.

The Blues are set to pay an initial fee of €40m to the Dutch giants for the 26-year-old, with the deal potentially rising to €44m including add-ons and performance-related bonuses.

Forget Hakim Ziyech! This 2-year-old kid could be Chelsea's next left-footed gem
67 22
5 days ago

i wonder why english biased lampard did not go for an english winger. Last season we all clamour for our academy boys, then it was jorginho is sarri's son. Now its lampard is biased. What will next season be?

Valentine C. Ogunwa5 days ago
Reply to a comment by Tijay

Sancho is too expensive 120m,..and i think he I more concerned on getting a solid LB and another CB with the money at hand before talking of Sancho

Tijay5 days ago
Reply to a comment by Valentine C. Ogunwa

Valentine C. Ogunwa, there are cheaper options in the league

Winkle5 days ago
Reply to a comment by Tijay

I wonder why comments like this are never seen as racist? Surely racism is a two-way street?

Chris Bateman5 days ago
Reply to a comment by Tijay

your a twat tijay. you ever been near stamford bridge

Chris Bateman5 days ago
Reply to a comment by Tijay

Tijay5 days ago
Reply to a comment by Chris Bateman

Chris Bateman,learn how to read very well before you post your comment. the meaning of all my comment is that, people say lampard is English biased, if true why did he signed hakim, he would have signed another english player. This simoly means he just want whats best for the team. And our academy boys are the best right now.

Tijay5 days ago
Reply to a comment by Chris Bateman