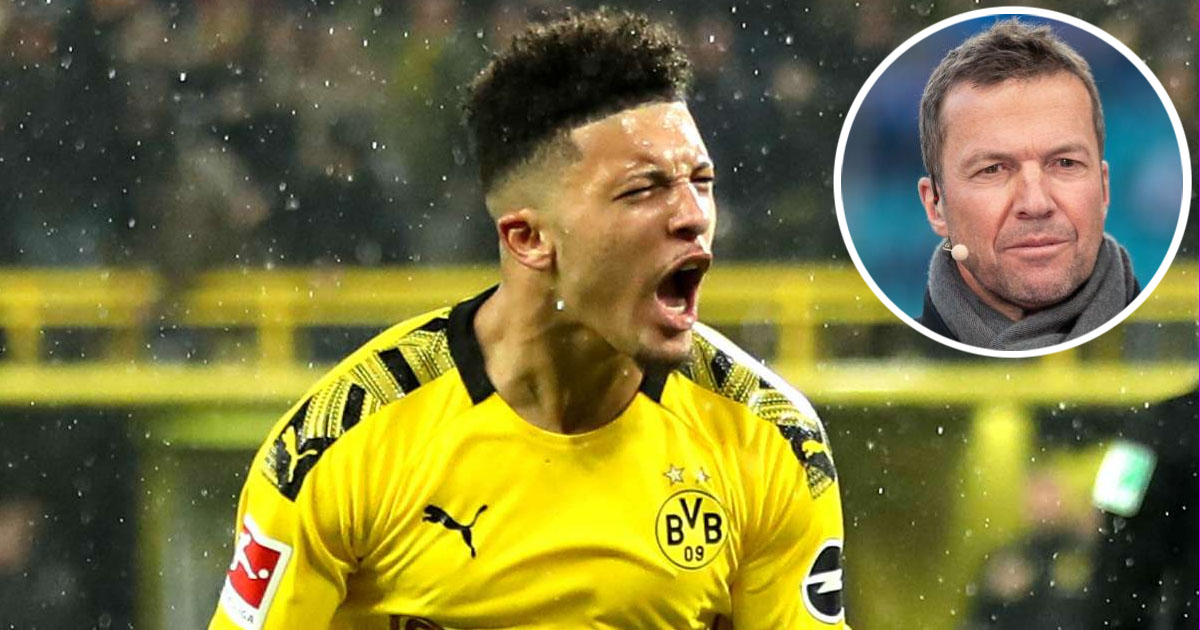 Germany legend Lothar Matthaus has urged Jadon Sancho to turn down approaches from Chelsea and Man United and seek a move to Dortmund's bitter rivals Bayern Munich instead.

With Champions League qualification for the likes of Man United and Chelsea far from guaranteed, the ex-Bayern midfielder feels that the youngster's versatility to play on either side of the pitch should make him a perfect fit at the Allianz Arena.

"But what does he want at Chelsea or United? They may not even be playing in the Champions League next year.

"I could very well imagine Sancho at Bayern, also because he can play on both wings."

Sancho is expected to be one of the most highly sought-after properties this summer after two fantastic seasons at Dortmund which has seen him accumulate an envious tally of 31 goals and 42 assists in 90 appearances across all competitions.

The talented winger, who turned 20 on March 25, has also established himself as a regular starter for England at the senior international level, scoring twice in 11 appearances.

we need two centre back at first not just one u rudiger and Christensen will always lose their man in set pieces ..... Christensen will always have an excuse.. I dont know what's wrong with rudiger buy two CBs like soyunucu and upamecano loan out Christensen and rudiger like manutd did to Smalling failure to do this won't allow us compete for title we may just be a guaranteed top 4 all d time ...

Honestly it would be better for him to go to either CFC or ManU. Just because both teams are revamping with new young blood. CFC should hold the trump card as we are, as of now, qualified for the Champs lge, Man U havent and there is no guarantee for them either.