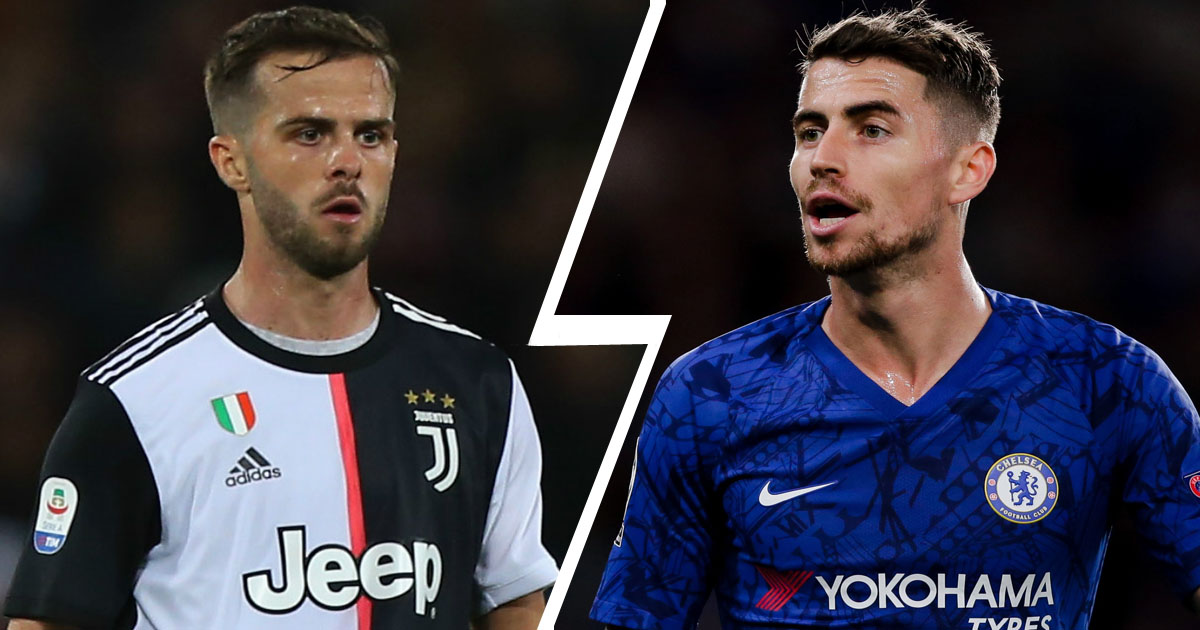 ✈️THURSDAY TRANSFER: Should Chelsea replace Jorginho with Pjanic this summer?

The Italian has been a key cog in the middle of the park for the Blues this season under Lampard but his potential departure in the summer could leave a massive void.

Several reports have recently emerged in the press claiming that Juventus are keen on luring Jorginho away from Chelsea, who could be offered Miralem Pjanic in return as a part of a player-plus-cash part-exchange deal.

Jorginho's departure would, of course, be a big loss for the Blues, given his leadership qualities and immaculate passing in the middle of the park.

However, Pjanic too has a big reputation as one of the best central midfielders in Europe and he certainly has plenty to offer at the age of 29.

So, should Chelsea welcome the idea of replacing Jorginho with Pjanic in the summer? Or, would you recommend Lampard to stick with the Italian as he already knows the playing style at Stamford Bridge?

YES Jorginho is not good enough to be at chelsea

There's no need to replace him with Pjanic though he can leave if he so desires. We have his replacement already....the boy Gilmour💙

No we’ve got Gilmour